EDITORIAL: Why is Playboy playing coy? 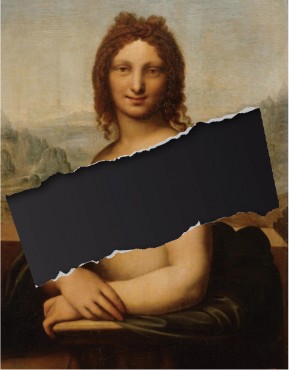 What do “The 40 Most GQ Approved Grooming Products,” “What to Wear Today,” and “When Should I Drink Protein Shakes?” all have in common? They’re all Facebook posts from men’s magazines featuring pictures of topless men.

So, what does that have to do with Playboy? More than you might think.

In recent months, the House of Hefner made the bold move to stop publishing nude content online; they saw their monthly web traffic soar from four million to 16 million users. This decision was made primarily due to social media sites like Facebook and Instagram’s policies on nudity — more specifically, female nudity. While other magazines like GQ and Men’s Health can drive users to their websites by capitalizing on the amount of time users spend perusing Facebook, Playboy was left out in the cold (draped in a tastefully positioned feather boa, probably).

Now, in an even bolder move, Playboy will begin covering up in print as well. Imagine that: the magazine once heralded — and criticized — for embracing the female body (a very idealized, specific image of the female body, of course), now deciding to cover it back up.

According to The New York Times, Playboy’s print circulation dropped from 5.6 million in 1975 to about 800  000 now. The no-nudity call, according to its chief executive officer Scott Flanders, is another in a line of recent efforts to revamp Playboy’s image, none of which have entirely stuck.

However, the move to rid their print product of nudity seems to be a missed opportunity for the company. Instead of integrating female audiences (as women tend to buy more “lifestyle” magazines than men), or featuring equal opportunity shots with men, it would seem that Playboy has opted for a conservative move instead of a progressive one. The leader has now become the follower; though when you consider Penthouse’s ill-informed move to be more extreme, maybe Playboy has the right of it.

Ultimately, the fact remains that not all nudity is created equal, and the (female) nipple simply can’t be free when printing costs are involved, and companies fight to be competitive— at least not while social media is king. And it certainly says something about the cultural zeitgeist when it takes more than a salacious centrefold to get magazines off newsstands. Like one Playboy staffer said, when sex acts are “one click away,” what appeal does the magazine have?

It’s a question that’ll take some time to answer. But relax in the meantime, boys . . . you’ll always have that secret shoebox underneath your dad’s bed.