Why quality photos matter more than ever 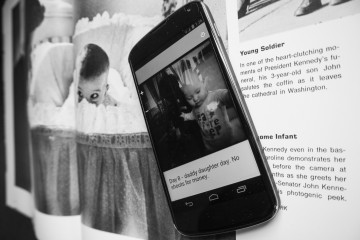 On May 30th, the Chicago Sun-Times, home of Roger Ebert’s columns for many decades, laid off their 28 full-time photographers, including Pulitzer Prize-winner John H. White, in favour of shifting the photography burden to reporters and freelancers. As expected, there was a suitable amount of outrage online and in print, attacking this short-sighted decision from all angles. Even more outrage, and more than a few laughs, occurred when it was revealed that the photojournalists would be replaced by a course called “iPhone Photography Basics” given to print journalists.

As a photographer, of course it saddens me that jobs were lost, but even more distressing is the disregard for quality visual content in big newspapers facing revenue declines. As online content grows more valuable, traditional photojournalism, video content and yes, even high-quality mobile photos are still needed to augment strong stories. When media organizations are short money, photography seems to be a good place to cut because you can have a story without photos, but you can’t have a story without words, right? This is true, but this comes from the idea that photos and text attract readers in the same ways, when they really don’t.

Rather than cutting back on photos in the age of short attention spans, I would argue that photos are just as important as ever in this environment. It takes time to read an article, but a good photo can grab your attention in a split second. That’s what a photo does: it attracts a reader, piques their curiosity and insists to them that this story is worth reading. It sums up an event not with multiple interviews and a bevy of facts, but by bottling one key moment that encapsulates an entire event. A good photo tells the whole story by stripping it down until a caption isn’t even necessary to take people from their breakfast table to the scene of a protest with a single glance. Combined with a headline, a photo will help drive people to read on. More people will choose to read a higher-quality newspaper, which will drive the ad revenue that papers need to survive.

According to the Sun-Times, this decision was made in part because they wanted to shift more towards video content in a move away from print to web. Video content is important, but it again tells stories in another way. It is already a fixture in a magazine’s web presence, as magazine readers already crave longer, more in-depth stories. With a longer time investment (about three minutes versus the few seconds a photo usually gets), viewers can learn more by viewing and listening, which also supplements a well-written story.

The Sun-Times’ decision to eliminate those positions does not just hurt photojournalists, it’s bad for reporters, too. When a reporter is interviewing the owner of an ice cream van, a photographer is looking for a dog eagerly licking a child’s ice cream cone. When a reporter is on the phone confirming quotes and facts for a breaking story, a photographer is uploading a photo to the website, satiating readers with a glimpse of the event and asking them to stay tuned for a more detailed story. Few people can juggle all that at once, and for all the talk of the changing media landscape, you can’t expect one person to do the work of two and expect the same results.