Young Communist League captivates at Clash of the Clubs redux 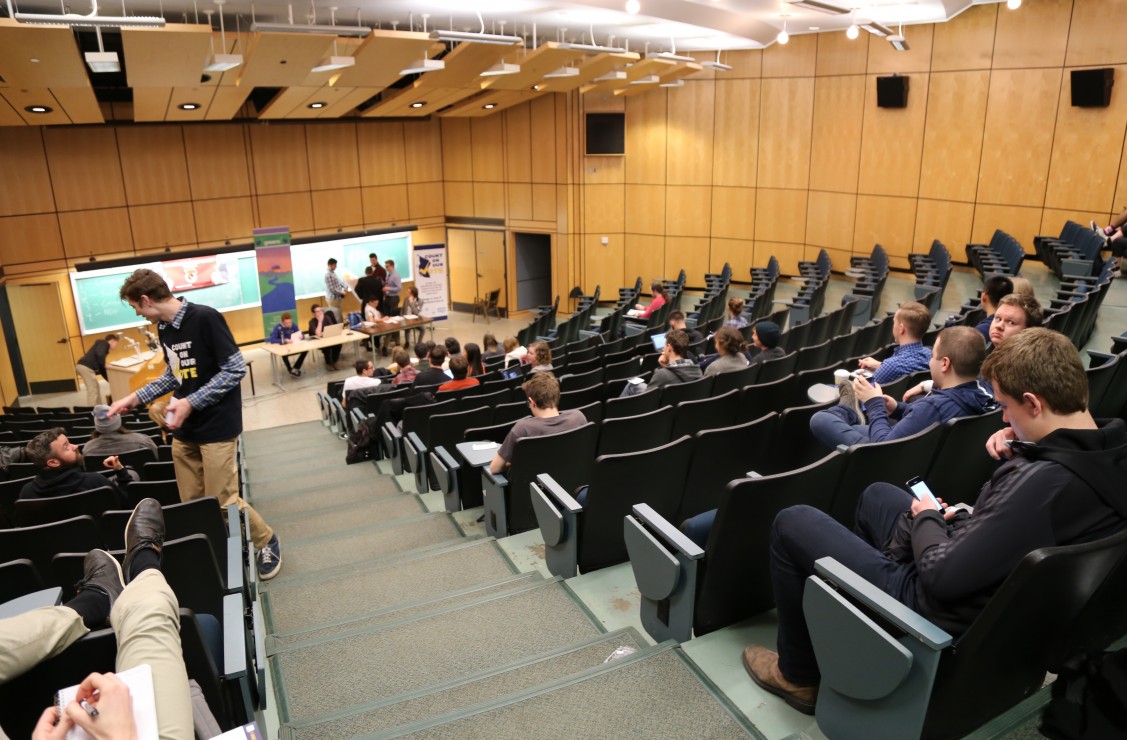 While it was sparsely attended, the second Clash of the Clubs event did inspire some strong debate. Photo by Belle White, Photo Editor

A month and a half after the first incarnation of Clash of the Clubs, a sequel inter-club debate played out in a sparsely filled David Lam Hall on the evening of March 16, this time focused on the upcoming provincial election.

Clash of the Clubs: Provincial Edition featured four clubs rather than six, and took place despite recent controversies around amendments to UVSS policy some saw to be aimed at preventing such events.

Jordan Quitzau, UVSS director of events, explained that he’d been able to go through with the event due to a policy loophole. He said the wording of the new amendment, passed at a UVSS board meeting early February, prevented the UVSS from supporting specific club initiatives, unless that support is extended to all clubs. But because Clash of the Clubs is a UVSS initiative, nothing prevented this debate from taking place.

The debate itself was less raucous than its predecessor, and had one notable party vacancy: the UVic B.C. Young Liberals were nowhere to be found. Quitzau cited a “miscommunication” and took responsibility for the absence.

In the Liberals’ place, Cameron Fox, Ryan Trelford, and Christopher Dickey debated as the Social Credit Party, pitting themselves against the UVic Greens, the UVic NDP, and the Young Communist League (YCL).

After each party presented a five-minute opening statement, the debate moved on to a randomized question-answer-rebuttal format moderated by Dr. James Lawson, associate professor in Political Science. Three topics were addressed over the course of the two hour debate: post-secondary education, housing, and the environment.

The NDP started off strong with impassioned statements by Jon Granirer, who spoke of his struggles as a student with a disability and of the financial barriers posed by the high cost of post-secondary education. But the lack of a B.C. Liberal opposition lessened the impact of the NDP’s questions and rebuttals.

Similarly, the Greens struggled to assert themselves, spending the majority of their opening statements reading out various bills introduced by MLA Andrew Weaver, leader of the party. Oddly, the Social Credit party acted as a pseudo-B.C. Liberal party, taking credit for certain Liberal initiatives, such as open source textbooks, but consistently reminded the other parties of their status as “SoCreds” any time they were pressed on Liberal-specific issues. 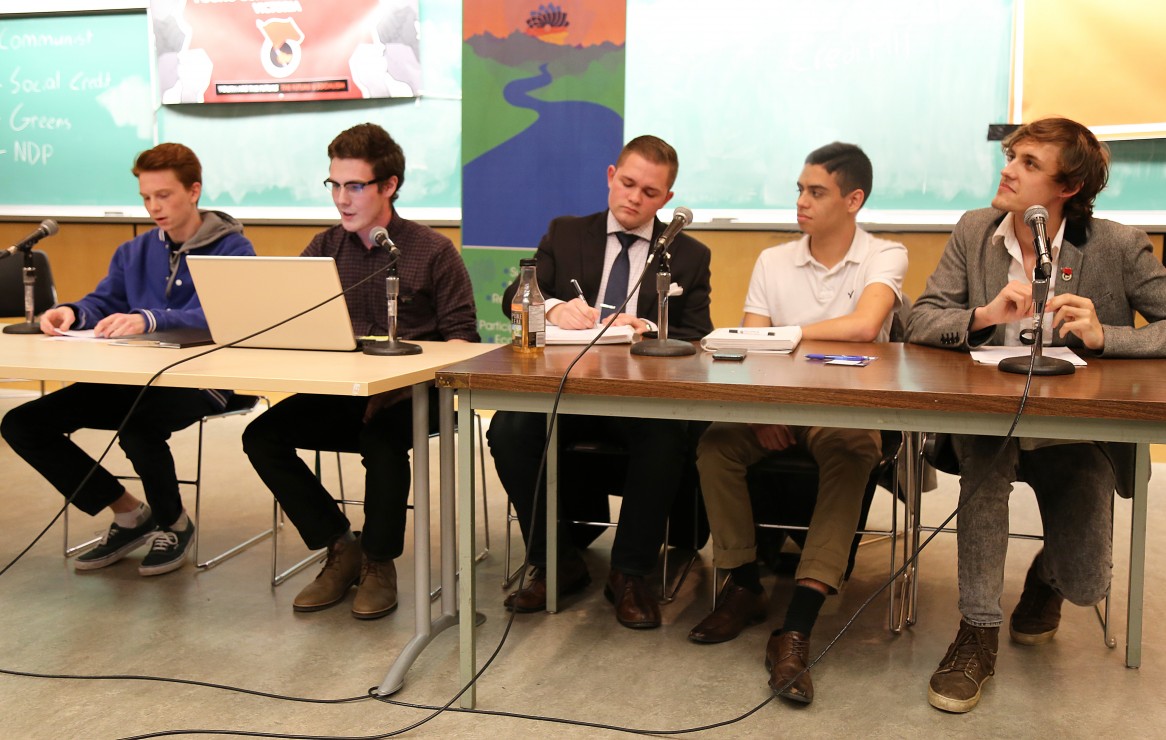 Students of all political stripes came out, though the Liberals were not in attendance. Photo by Belle White, Photo Editor

The YCL, as usual, had far more drastic views than any of the other parties, but their eloquence and clarity of vision impressed, drawing some of the largest rounds of applause throughout the night.

By the end of the night, given that neither the NDP, the Greens, nor the Social Credit party had a clear election platform to draw from, the far far lefties appeared to have the upper hand. Though their constant railing against “capitalist profiteers” was greeted with scattered laughter from the crowd, their commitments to reconciliation with First Nations peoples, free post-secondary education, comprehensive public housing, and elimination of fish farms were clear.

All in all, the debate ran smoothly, but the sight of the less-than-substantial audience suggested that two student political debates in a three-month span might be a little much for a UVic crowd. However, for those who missed it, or whose appetite for politics has yet to be sated, there will be a debate between the real MLA candidates for Oak Bay-Gordon Head on March 22 at 6 p.m., also in David Lam Hall.