Your Dec. 3 UVSS board meeting Tweetcap 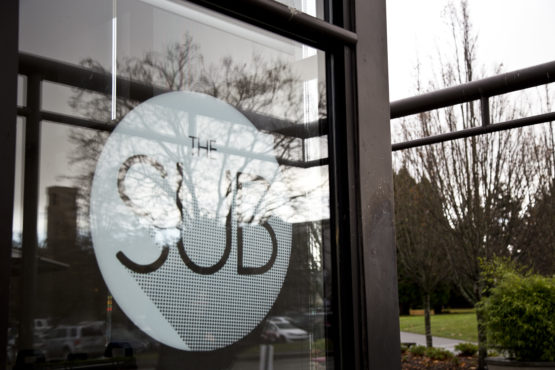 The UVSS meeting on Dec. 3 was called to order with the arrival of pizza — the perfect food for any good assembly of decision-makers.

Pierre-Paul Angelblazer, Director of Outreach and University Relations, opened the meeting with a whack of his gavel as he called the group to order.

Gulseerat Boparai, Director at Large, started off with an acknowledgement of territories, followed by Native Student Union (NSU) representative Kolin Sutherland-Wilson who added a few words.

VIPIRG is a non-profit organization that researches, monitors, and educates the public about social and environmental issues. Their work in recent years has focused on issues that affect students, such as sexual assault on campus and the environment, said Lotay.

In the New Year, VIPIRG will continue hosting their popular Personal Finance workshops, as well as their annual conference in March. This year’s conference will be hosted by a “panel of visionary women,” said Lotay, including renowned author Lee Maracle and Victoria mayor Lisa Helps.

VIPIRG is planning economic workshops in the upcoming year, including events on personal finance, tenancy rights, and "a panel on visionary women" including Victoria mayor Lisa Helps

VIPIRG’s  recent research looked at the illegal use of the psychoactive substance Ibogaine as a therapy tool to help with opioid addiction, and they are starting a new project on students who have experienced sexual harassment by faculty and staff at UVic.

Next up was an unofficial motion from Isabella Lee, Director of Student Affairs, who spoke about the Psychology Student Union’s interest in booking the SUB’s Vertigo Lounge for their ‘Making Waves’ conference in April. The booking was approved after some debate about the informality of the motion.

Lee also requested on behalf of VIPIRG to book space in the SUB Upper Lounge for their conference in March. This motion passed.

After confirming  Director of Events Noor Chasib as the temporary chairperson, Angelblazer took the stage and presented the results of the UVSS annual survey.

“It has the best response rate of any survey we’ve put out ever,” said Angelblazer.

This year’s survey received 1 973 responses, which was a substantial increase from last year’s 500.

“The results are better than they have been in years past,” said Angelblazer. “We’ve definitely become a lot less controversial.”

SUB food outlets were the most frequented SUB services in the survey, with ZAP, clubs and unions, and Felicita's following respectively. Surprisingly, UVSS committee meetings were at the bottom of the list

Munchie Bar and Cinecenta are the two most highly rated SUB businesses, but that may be because respondents mistook them to be the same

The Martlet later enquired if the UVSS intended to release the full survey results. Angelblazer replied that he was hopeful they would be released once all personal information had been removed.

The meeting then proceeded with reports from constituency organizations and committees and councils. Though most updates were uneventful due to other end-of-year priorities, there were a few highlights.

The NSU was happy with their open house held last week; Curtis Whittla, Director of Finance and Operations, said that the Electoral Committee’s search for a new Chief Electoral Officer has been narrowed down to three candidates; and The Peer Support Centre announced that they will have reduced hours during the exam period to ease the workload of their volunteers.

After a five-minute recess, the meeting moved to in camera which was the Martlet’s cue to leave.

Meeting moves to In Camera, we're out of here pic.twitter.com/Sekorvx5Au