You’ve Gotta Fight For Your Rights: Photos From The C-51 Protest Rally

On March 14, the steps of the Victoria Court House supported the weight of democracy in action. A sea of hundreds spent the clear, sunny Saturday not visiting the beach or catching up on their reading, but marching in the streets shoulder-to-shoulder with strangers. Young and old, men and women, elders and children, activists, politicians, students, citizens.

Approximately 1 000 protesters made their way down Government St. to the steps of the courthouse, where speakers addressed the crowd as they chanted. Among the speakers were UVic instructor Laurel Collins, Chief Ron Sam of the Songhees First Nation, NDP MP Randall Garrison, Green Party candidate Jo-Ann Roberts, and Coast Salish activist Rose Henry. 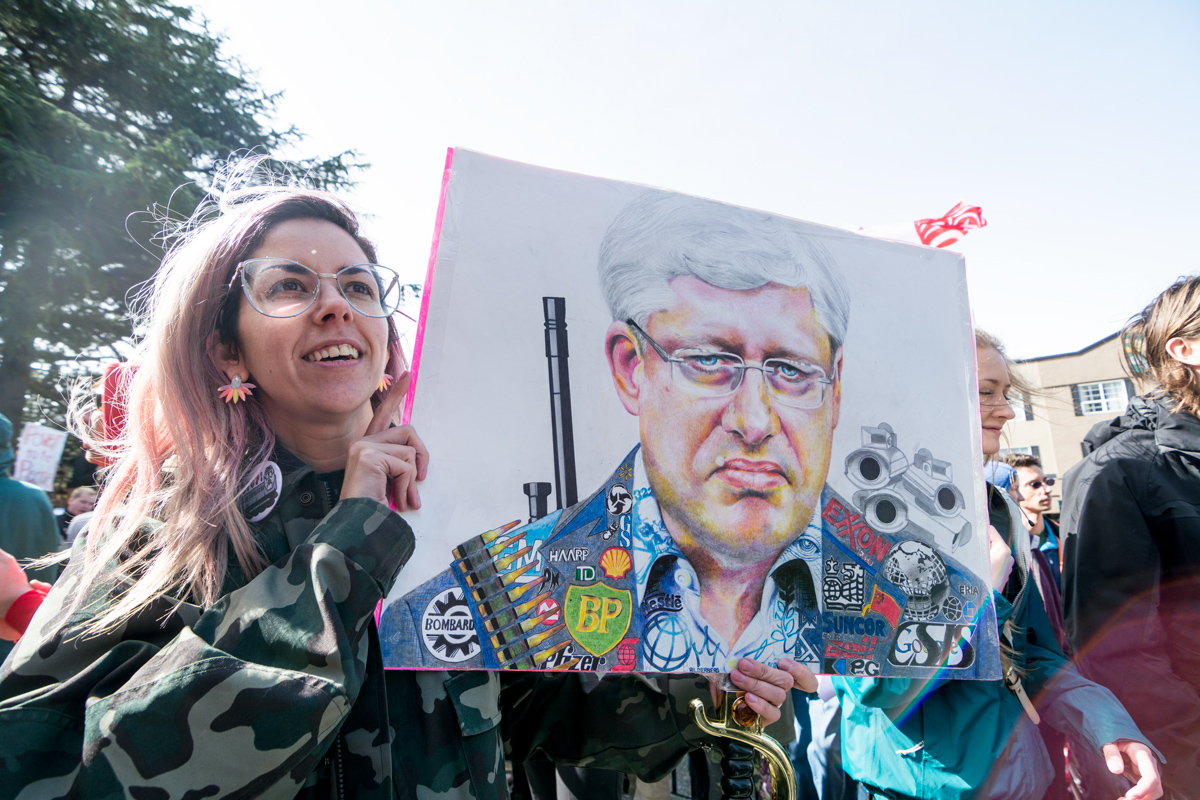 Leah Orton shares her rendering of Stephen Harper near the makeshift stage. On the reverse is a depiction of Christy Clark. 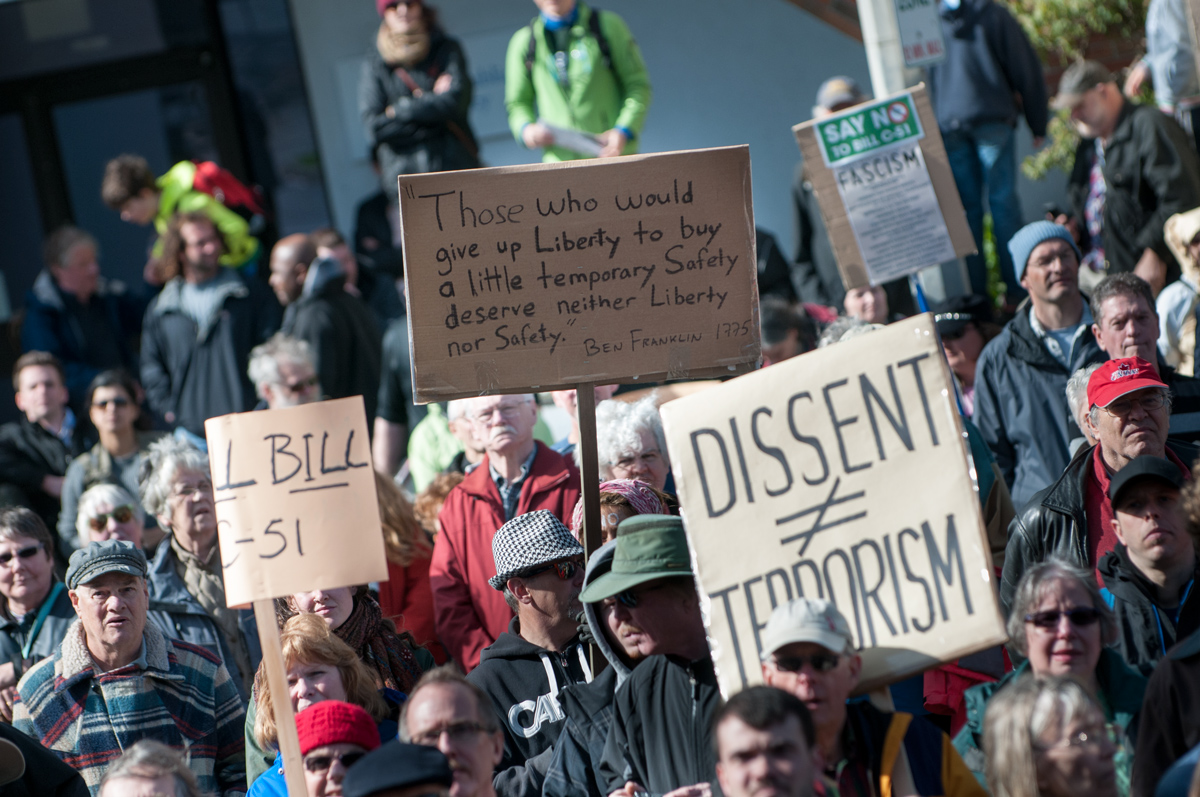 A protester holds a sign quoting Benjamin Franklin on liberty and safety. 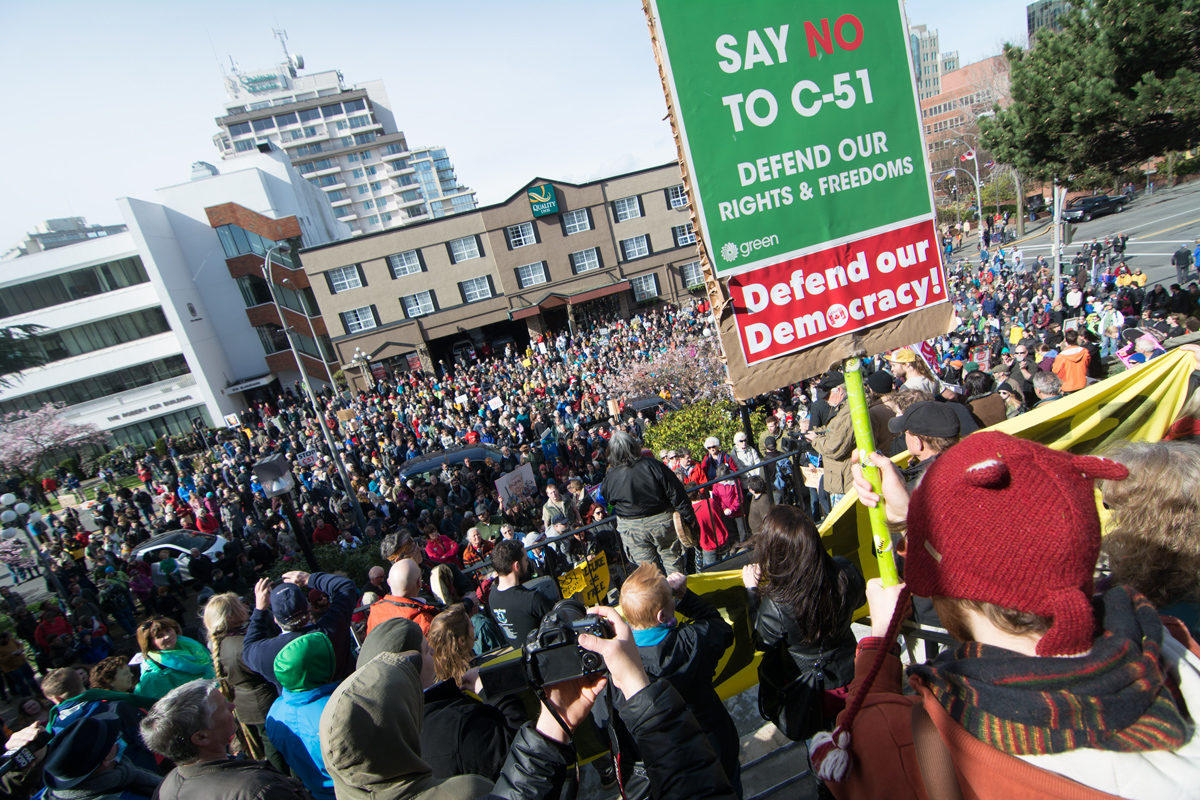 Coast Salish activist Rose Henry addresses the crowd on the steps of the Victoria Court House. 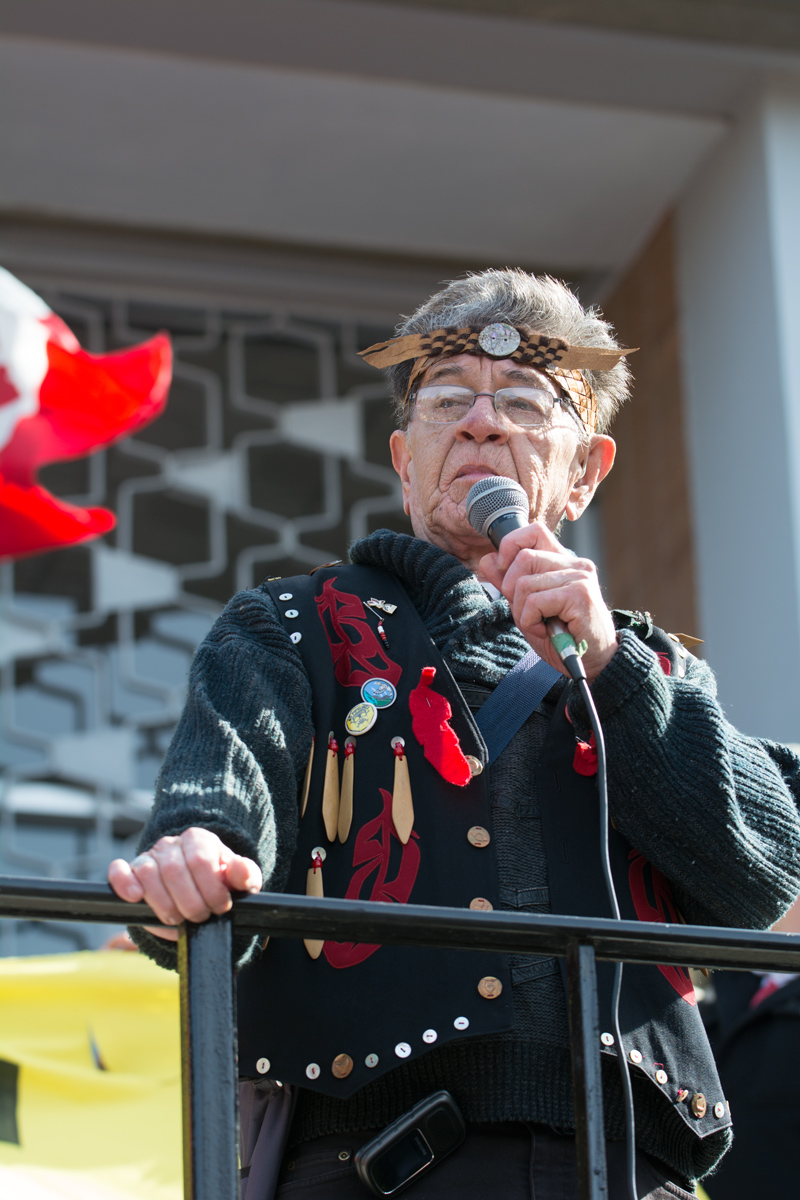 A man named Thules speaks to the gathered protesters. 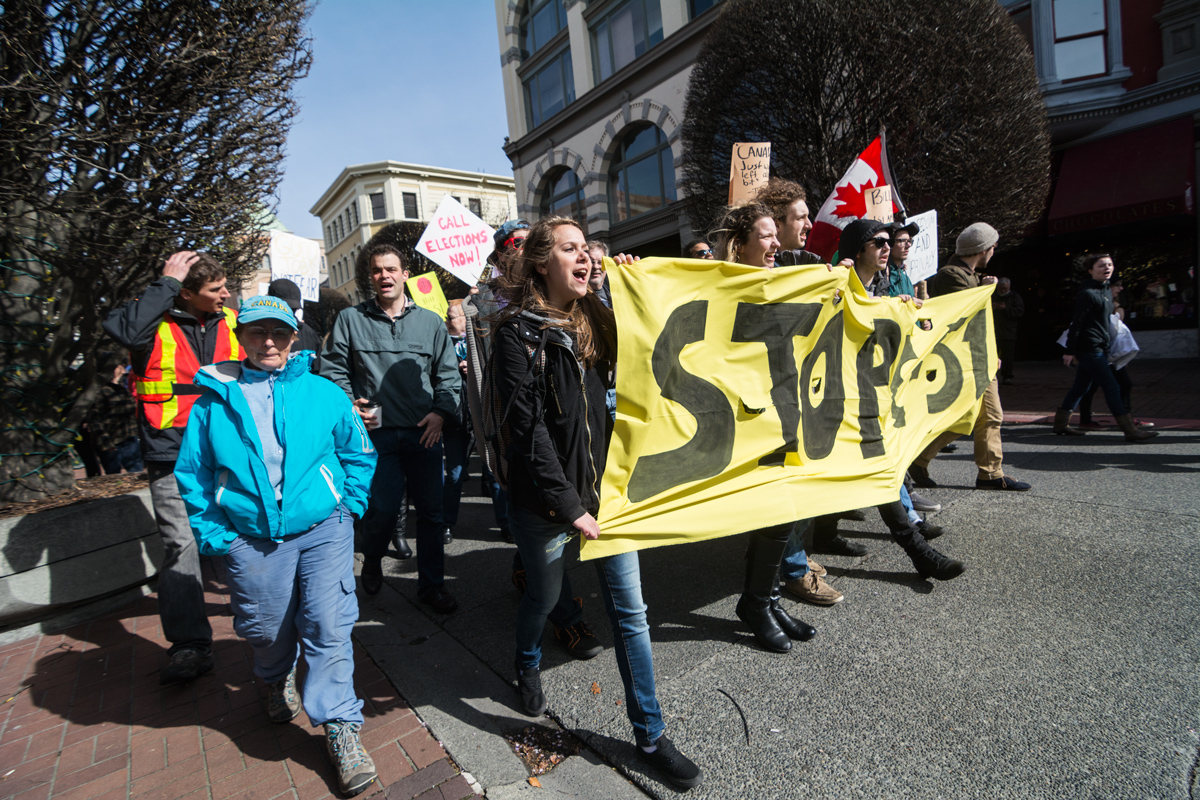 Christopher Bauer holds a flag on the steps of the court house.