Warning: things get pretty gory ahead!

On Oct. 7, a crowd of Victorians gathered at Centennial Square for the city’s annual Zombie Walk. The public event signalled the beginning of the Halloween season.

Word had spread across Facebook throughout the summer and fall, so when the day came, a horde of the undead arrived — bodies adorned with fake blood and liquid latex.

Hardcore cosplayers, families, and even dogs could be found in the crowd, which included everything from zombie cheerleaders to an inflatable T-Rex lumbering through the streets. Leading the group was a mysterious figure enrobed from head to toe in black and carrying a scythe.

Confused bystanders watched, phones held up high to get a good photograph. Was this a protest? A fundraiser? Why was there a seemingly endless parade of zombies coming down Douglas Street? According to participants, it’s all just for fun.

The event is organized yearly by Umbrella Corp. West Coast Operations, a non-profit cosplay group, whom the city of Victoria handed the event over to five years ago.

The event ended with a huge group photograph in front of the Parliament building, leaving tourists in awe — and probably a little bit scared.

All photos by Harry McKenna, Photo Contributor. Click on the photos to scroll through! 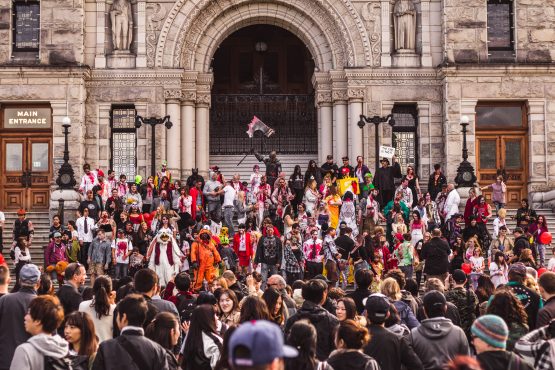 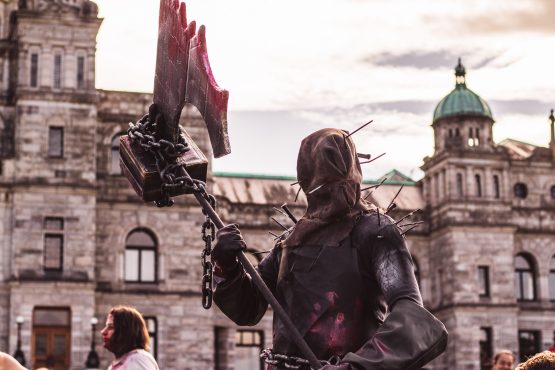 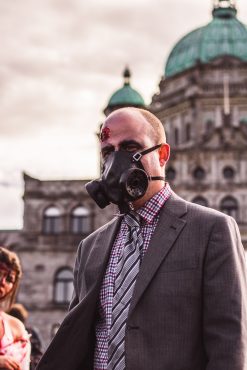 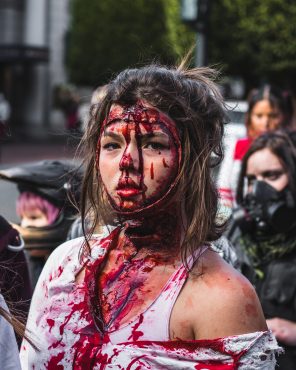 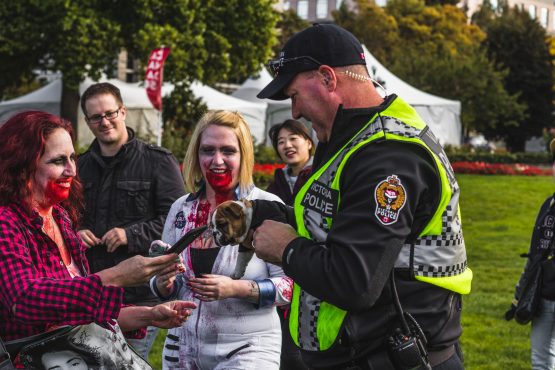 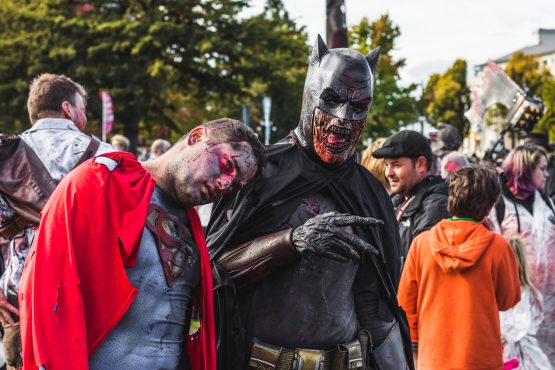 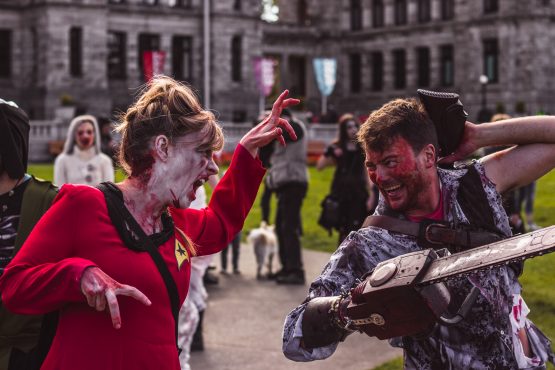