A concerned citizen for fair elections in B.C. 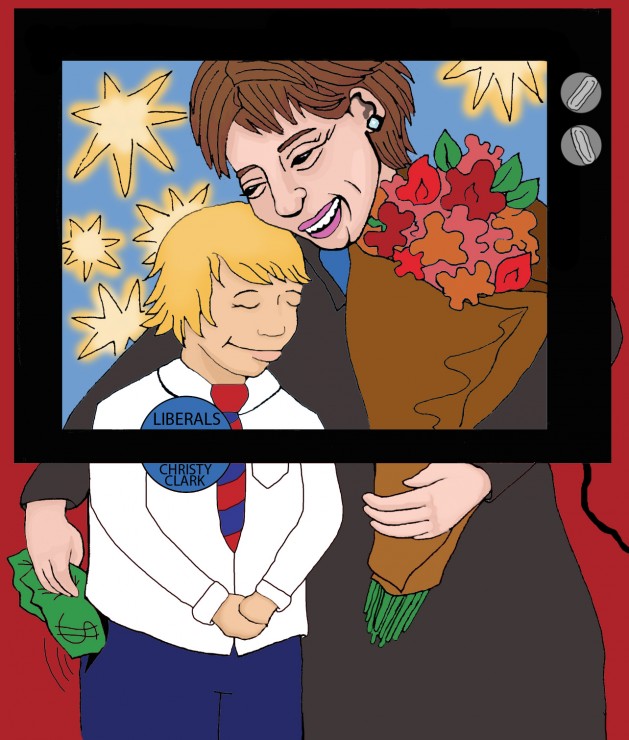 On April 11, the Chief Electoral Officer and Lieutenant-Governor officially called the B.C. provincial election, marking the start of the campaign period — and with it, the authorization of official party advertisements.

Both the B.C. Liberals and the B.C. NDP have shown there will be no mercy when it comes to political advertising this campaign season. And while that’s often been the case, prior to April 11, an interest group’s pre-emptive full-page advertisements in the Vancouver Sun and The Province, as well as advertisements on YouTube, may have gone a step too far.

These advertisements take quotes out of context, and frame B.C. NDP leader John Horgan as an avid supporter of the Leap Manifesto, a proposal put forth by writer Naomi Klein and documentary filmmaker Avi Lewis that calls for a radical switchover away from fossil fuels by restructuring the economy, which — don’t get me wrong — sounds great. But in a political climate like B.C., when you’re trying to appeal to such a diverse group of people, you don’t want to go around voicing your overt support for something so radical. And that’s the problem with these ads: John Horgan isn’t actually doing that.

In truth, Horgan said in April of 2016 that he does not embrace the document personally, and that while “there are elements in the document that make sense,” there are also “elements that make no sense for British Columbia.” Here, he’s referring to the potential loss of jobs in the fossil fuel industry if the economy were to radically transform.

He also said, “we won’t proceed under any kind of manifesto in the next 12 months under my leadership.”

So who is responsible for these misleading advertisements? An interest group called Concerned Citizens for British Columbia. Coincidentally, the chair of the group is Jim Shepard, former adviser to B.C. Liberal leader and premier Christy Clark.

In a world of Donald Trump, fake news, and alternative facts, should we really be surprised that something so misleading would pop up in our own political landscape? Probably not. In fact, we should be ready for more lies, more misleading advertisements, and more allegations of corruption.

So far, we’ve seen this come to fruition as the RCMP investigates potentially illegal campaign contributions to the Liberals. Add that to the Liberal’s unsubstantiated accusations of the NDP hacking its website and the downright dirty attack ads contributed by all sides of the political spectrum and no one comes out clean.

This means we need to be vigilant of what the media feeds us, and be prepared to double-check — no, triple-check — what we see and hear, because it’s clear so far that political parties, interest groups, and even media outlets are willing to bend the truth to achieve their goals.

And if that means that you’re now going to do some research yourself and verify what I’ve said here, then by all means, I encourage you to do just that.