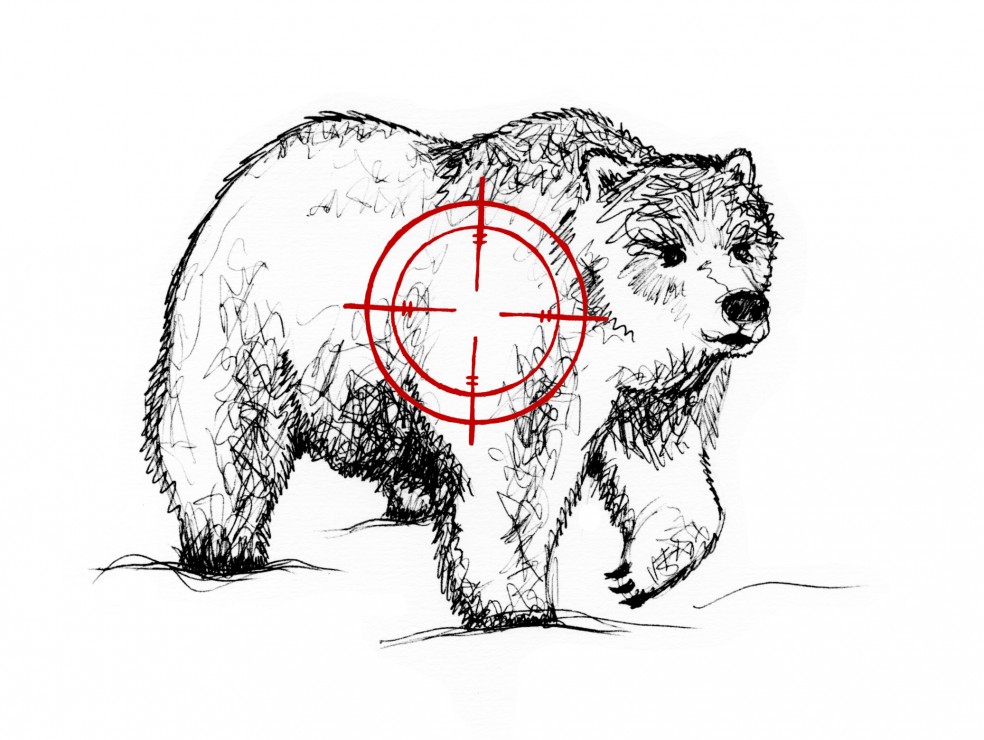 The spring hunt for grizzly bears is now in full swing across B.C. This season alone, hundreds of hunters will descend into the Great Bear Rainforest to seek out a trophy. But in an age when we are anxious to leave the environment thriving for our children and grandchildren, isn’t it time to end this barbaric and outdated practice?

The vast majority of British Columbians oppose trophy hunting: a whopping 91 per cent to be precise, according to a recent Insights West poll. No other issue in the province enjoys such unequivocal support, be it healthcare, education or infrastructure.

Interestingly, the same poll found that attitudes towards trophy hunting were almost identical for hunters, non-hunters, urban, and rural respondents. In other words, hunters and non-hunters alike appreciate that the dividing line between hunting for food and hunting for sport is rigid and well defined. British Columbians recognise that killing grizzlies means slaughtering an animal for self-gratification instead of need. The poll’s findings show that public opposition to trophy hunting continues to gain momentum.

Economically, the bear hunting industry doesn’t provide a viable source of income for the province. In the Great Bear Rainforest, bear hunting generated almost $700 000 in revenue and provided 11 jobs during the 2012 season. However, bear-viewing tourism made over $7 million and created 500 seasonal jobs in the same year. The stats are self-explanatory: grizzly bears are more valuable alive than dead. It only makes sense to let people shoot bears if they are using a camera.

The B.C. government is also still refusing to accept the coastal First Nations’ ban on trophy hunting in the Great Bear Rainforest, declared in 2003. Most B.C. hunters agree that they should abide by First Nations’ restrictions within their acknowledged traditional territories. The government should step up to recognize First Nations’ environmental wisdom and honour their wishes.

Aside from the respect owed to indigenous governance, the grizzly hunt is also a very real environmental threat. Currently, the B.C. government allows up to six per cent of grizzlies to be hunted each year. But grizzly bear population estimates for the province have faced harsh scrutiny in recent years. The government uses their own methods to determine how many hunting licences to issue; their computer models suggest there are 15 000 grizzlies in B.C., but other scientists find there could be as few as 6 000. This discrepancy means that the government could be allowing too many grizzlies to be hunted each year. The bears are already threatened by the loss and fragmentation of habitat caused by human developments. There are serious doubts about their future.

The debate over the grizzly bear population size and stability is not a new one; in 2001, the B.C. Liberal Party lifted a three-year hunting ban as soon as they came into power with a landslide election victory. It seems unlikely that the grizzly population had suddenly stabilised in such a short time. Bears are notoriously difficult to count and many conservationists argue it’s impossible to have an accurate idea of the grizzly population. South of the border, grizzly bears are now confined to two per cent of their historic range, yet Canada continues to play Russian roulette with their iconic bears. It’s time to learn from past mistakes.

I arrived in Canada feeling excited to live in a progressive country known for its stunning landscapes and diverse wildlife. The importation of grizzly bear parts from B.C. has been illegal in Europe since 2004. Coming from England, I find it both shocking and disturbing that this primitive practice is continuing across the pond. Trophy hunting can’t be justified and it is an embarrassing stain on Canada’s green reputation. Given the overwhelming public opposition, environmental uncertainty and financial irrationality, it is unclear why the government is so reluctant to listen to its citizens and ban the hunt. We want it to stop.