Bear sues for slander in response to accusations of attempted assault 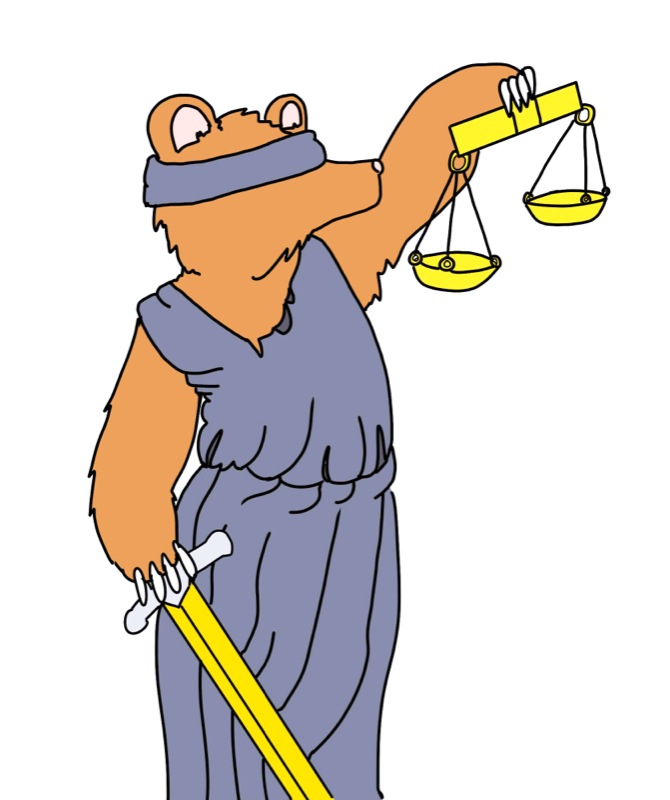 HUMOUR — A Victoria local, Derrick Langer, reported that he was attacked by a black bear during a hike near Cordova Beach last Wednesday. According to Langer, the hike started off like normal, except for beginning later in the day.

“Since it was getting hot out, I started hiking later in the day and returning in the evening,” he said.

According to Langer an up-close sighting of a black bear interrupted his relaxing hike. On first glance, the black bear seemed docile, but regardless Langer kept his distance and continued with caution.

“I knew all I needed to do was keep my distance. I’ve seen black bears before on my hikes, but nothing this close up.”

“He came right for me like I was a picnic basket on Canada Day,” says Langer, but he admits he wasn’t the best-dressed in consideration of bear attacks. “It probably didn’t help I was wearing my wicker-pattern shirt and plaid pants.”

Langer was able to dodge the attacks and escape home relatively safe, despite a few scrapes caused by dodging the bear.

“I lost my iPod but that’s about it. I think the bear took it,” says Langer, who is still concerned for others in the area. “I’m lucky enough to be educated in bearology, but I fear for other hikers that didn’t go to bear college,” states Langer.

This Tuesday, the black bear in question came forth and declared he was suing Langer for slander on behalf of the bears near Cordova Bay.

“We bears are tired of being blamed for every tumble, every scrape and every lost iPod hikers experience.”

The bear said in a public announcement that he would be suing Langer as a message to other hikers in the area. “Hikers need to start treating us with respect and not turning us into delicious, nutritious scape-goats. We are peaceful creatures and ask hikers to stop accusing us of false actions.”

Langer did not comment on the bear’s statements, only commenting that he just wants his iPod back.