By the distraction of a shirt: Many missed the power of a scientific accomplishment 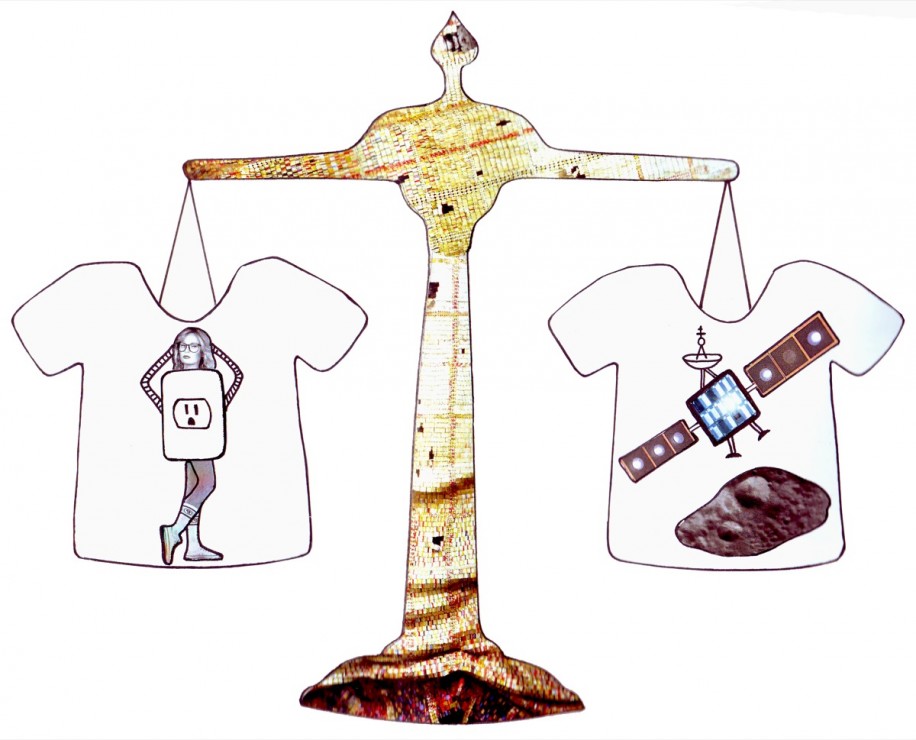 Earlier this month, the world witnessed what was essentially magic. Through the combined efforts of nearly 2 000 people, and almost two decades in planning, the Rosetta space mission harnessed the gravity of Mars and sent something the size and shape of a washing machine a cumulative distance of over 6.4 billion kilometres. If that’s not enough, this machine became the first of its kind to orbit a comet before making an attempt to land on it.

All of this was done with the intention of learning about the origins of the universe, and therefore life and, well, everything. This magical moment is human history; however, the questionable wardrobe choice of the mission’s Project Scientist, Dr. Matt Taylor, somehow managed to undercut it.

During an interview with Nature Newstream just hours before the landing, Taylor was wearing a provocative shirt featuring illustrations of scantily clad women. Supposedly, Taylor was wearing the shirt to show his support to his friend Elly Prizeman, who had designed and made it for his birthday.

The Internet “blew up,” so to speak, as The Verge posted the headline, “I don’t care if you landed a spacecraft on a comet, your shirt is sexist and ostracizing.” Many seemed to think along similar lines as The Atlantic’s science writer, Rose Eveleth’s tweet, “No no women are toooootally welcome in our community, just ask the dude in this shirt,” was retweeted nearly 12 000 times.

This argument breaks down into an issue of priorities and whether or not it is right to be meddling with discoveries in space if broad social issues still exist here on earth. However, rather than attacking the man himself, why not attack the behaviour? It was clear that Taylor didn’t know he was wrong. So, rather than undermining the accomplishment of many by attacking an individual, put efforts forward to teach those who might be otherwise oblivious to such issues.

In an apology, Taylor nearly broke down in tears stating, “I made a big mistake. I offended a lot of people.” His apology doesn’t exactly make up for the casual misogyny that women face in workplace environments, especially in male-dominated ones, but perhaps people should care about one of the greatest achievements in recent space-travel history.

It is true that the shirt was sexist, ostracizing, and inappropriate, but this detail should not have overshadowed the scientific accomplishment. No, events like this can’t exist in a vacuum and can’t be completely separate from the people who achieve them; but, attacking a project made up of thousands of people because of the mistake of one man is similarly wrong.