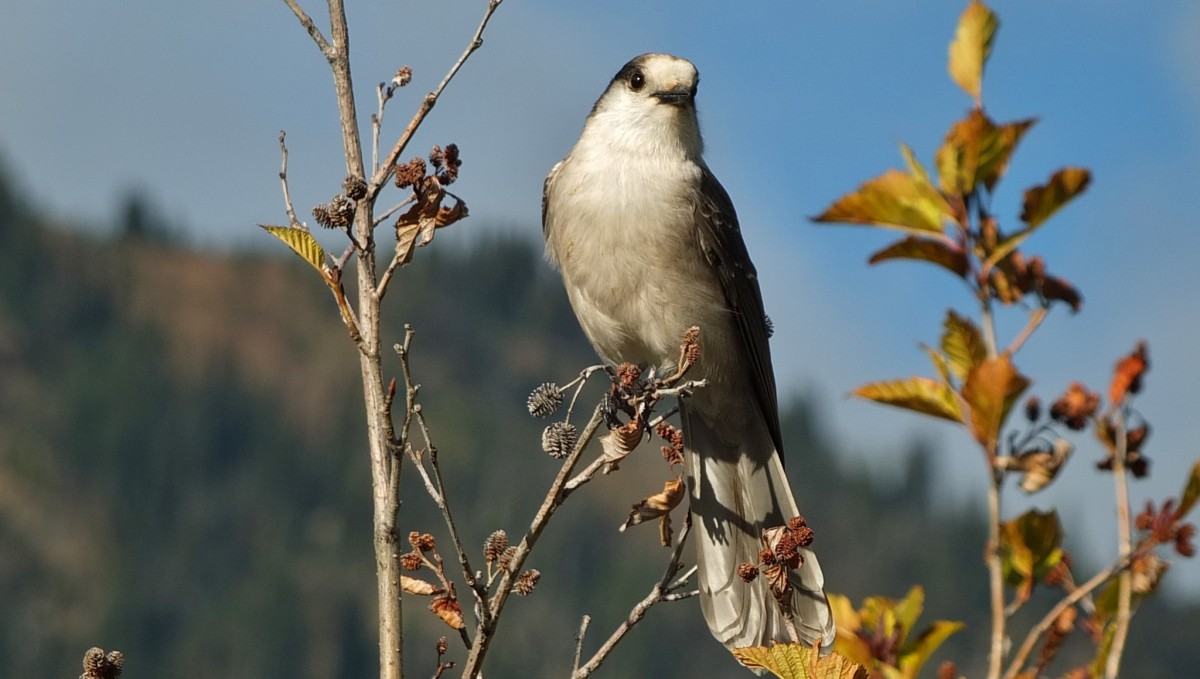 If you listen carefully, this fella is telling you to “deal with it.” Photo via Clive/Flickr

When I first heard that the whisky jack, or grey jay, had been named Canada’s national bird by the Royal Canadian Geographical Society, I was disappointed, confused, and honestly, a little bit hurt. It’s not that I have something against the whisky jack—I’m totally over that time last winter when I was snowshoeing and one of its kind made a vicious attempt to steal my protein bar clean out of my hands. My issue is that Canada hosts millions of diverse birds annually, and the whisky jack just seems flat, especially considering that one of the deciding factors was its symbolism of Canadian traits, including “friendliness.” Does any- one else think that sounds an awful lot like a Hufflepuff?

In a country with 400-plus bird species, there were so many others we could have chosen.

For example, what about the loon? With its slick black head and checkered nape and mantle, the loon stands out as one of the most elegant, regal birds in Canada. Its iconic, haunting wail can be recognized worldwide, and have you ever seen one try to walk? It’s BBC-documentary-level hilarious.

Alternatively, we could have had the snowy owl as our national bird. At two feet tall, with a five-foot wingspan, and able to travel speeds of up to 80 km/hour in hunting or protecting mode, the snowy owl is literally the most bad-ass bird of them all. Not to mention, female snowy owls are physically stronger and socially dominant over male snowy owls. As Alex MacDonald, the senior conservation manager of Nature Canada said, “It’s 2016, folks. The snowy owl is a great example of Canadian girl power.” I concur.

The bluebird is a personal favourite of mine. Sweet, docile, and beautifully blue, Canada could have really used some colour in its oft-grey landscape. Bluebirds have pale blue eggs that look like Cadbury Mini Eggs, and they represent the coming of spring, which for most Canadians is a very welcome event.

I would also have been happy with the white-throated sparrow. While not the most colourful of birds, it still has a tiny patch of yellow atop its fat little head — better than the colourless whisky jack at least! But the real redeeming quality of the white-throated sparrow is its song. Listen carefully and you’ll hear it sing sweetly, “Oh sweet Canada, Canada, Canada!”

Anyways, what’s done is done, and the whisky jack is our national bird. It’s time to accept our new reality, and maybe even see the silver lining: The Royal Canadian Geographical Society’s National Bird Project has brought newfound attention to birds, and despite the whisky jack’s greedy tendencies and colourless appearance, the discussion contributes to our greater collective interest in bird preservation and the conservation of our natural ecosystems.