Cannabis on campus is an election pipe dream

Sorry to kill your buzz, but legalization is hard work. 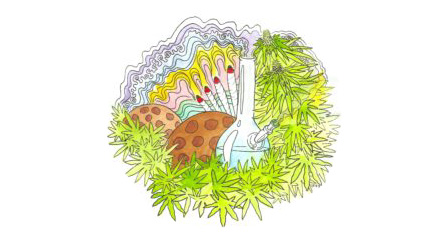 Imagine this: you finish class and swing by the Campus Pharmacy, grab a pre-rolled joint and get really, really baked on the quad.

That’s the vague idea that the Envision slate was circulating, eerily echoing Justin Trudeau’s premature declaration that weed would be legalized. It’s a nice idea that wins easy votes.

But like Trudeau, Envision didn’t do their homework, and their initial platform failed to factor in the mountain of work takes for new cannabis legislation to (puff-puff) pass.

In the campaign platform posted on their website, the slate clarified a change in their position, basing it off a provincial announcement on Feb. 5 that clarified the government’s intention to fully separate recreational and medical cannabis streams.

Their shift begs the question: is it actually possible for UVic to sell weed?

Yes, industry experts say, but you’d have to be high to think it was that easy.

If you submit an application with the wrong information and it’s denied; that’s it, it’s over — that’s your last chance.”

The slate’s initial suggestion — running a recreational and medicinal market on campus — points to a lack of research. To obtain a retail license, non-medical cannabis retailers cannot use names that are linked to the selling of medicine — for example, ‘pharmacy’ and ‘dispensary.’ This means the sale of recreational cannabis out of the Campus Pharmacy just ain’t gonna happen.

“The municipal government and university administration likely do not support zoning or licensing of either recreational or medicinal [cannabis sales] currently on campus,” said David Cram, a Professor at Okanagan University who teaches a cannabis business course. “I suspect [it’s] a pipe dream (no pun intended) in the near term. Maybe in five years.”

Like at Simon Fraser University and the University of Alberta, the use of cannabis at UVic will likely fall under the existing alcohol and tobacco policy. The sale of weed, however, is a separate issue that requires good ol’ fashioned time and money.

“The regulatory gates to Canada’s legal marijuana regime are open, but only a crack,” wrote Solomon Israel for the CBC in April 2017. As of March 31, 2017, Health Canada received 1 630 applications for licenses to grow and/or sell medicinal cannabis and granted just 43 licences in April 2017. That’s a 2.6 per cent approval rate.

Then there’s the cost. One group mentioned in the CBC article spent over $75 000 on consultants and lawyers (and hundreds of thousands of dollars more to bring their facility up to code) for their application that was rejected six months later. Then, they drafted a completely new proposal. It ran 800 pages long.

A university’s application process would potentially be even more exhaustive: a delicate dance orchestrated to appease federal law, university policy, the municipality, and your mother.

The UVSS would have to consider how weed would affect other areas of campus life. Will the overburdened Health Centre sign cannabis scripts? Will there be a Red Eye security team checking pupils and prescriptions? Will Caps Bistro double their mozzarella sticks orders?

“It’s kind of a one shot deal,” she said. “At this stage, people are kind of kept in the dark about what is required to get a license. So if you submit an application with the wrong information and it’s denied; that’s it, it’s over — that’s your last chance.”

While I’m not privy to the behind-the-scenes operations of the UVSS — I hope there’s a full-time 420 legal team tucked away on the SUB’s elusive Level 2 — I know first-hand the complexities of setting up a legal cannabis operation. It’s a complicated, expensive, and arduous process.

Any election candidate using cannabis as a platform without doing their research is frankly selling hot air.