There’s something enchanting about the beginning of fall in this city. People still wear the optimism of summer but are propelled by the need to take in something other than wet before the months of endless rain. It’s the last time to see colour before grey. There would be no better time for a festival of authors — to hear from writers on the precipice of sadness and cynicism who nonetheless radiate beauty, joy, and loveliness.

All of those things were found in abundance at the Victoria Festival of Authors (VFA), running from Sept. 27 to Oct. 1.

The festival kicked off Wednesday evening with a discussion panel from the City of Victoria Butler Book Prize 2017 shortlisted authors at the Greater Victoria Public Library (GVPL). Shortlisted authors M.A.C. Farrant, Kevin Patterson, Steven Price, Patricia Young, and Yasuko Thanh (the last of whom eventually won the Butler Book Prize) read from their nominated works before diving into discussion moderated by former CBC Radio host JoAnn Roberts. There were many noteworthy moments of conversation, the most memorable of which was perhaps Steven Price recounting the intensely rigorous editorial process for his novel By Gaslight with the legendary Ellen Seligman.

The two spent months poring exhaustively over each section of the book, without Price realizing that Seligman was terminally ill and would pass away just months later. 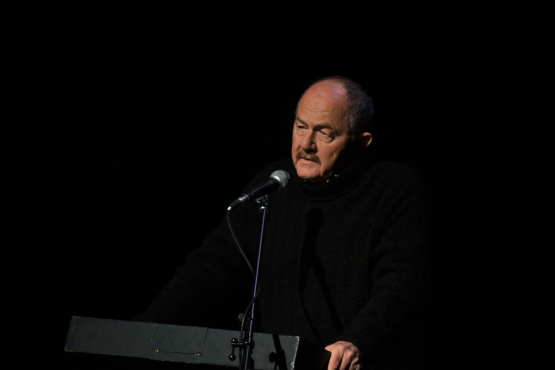 The second night introduced a new theme for the festival: combining writing with music. It was a night of cocktails, poetry, and punk accordion.

“It was a real experimental stretch in concept for us, inviting authors who had books and were also musicians to come up and read and perform,” said Vanessa Herman, the VFA’s artistic director. “It ended up being such an amazing success in a way that we could’ve never predicted.”

“A Life of Words—The Legacy of Lorna Crozier & Patrick Lane” was the best attended and arguably the most anticipated event of the entire festival. While Victoria is home to quite a few literary 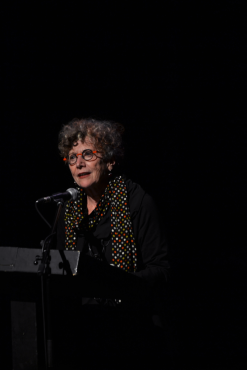 power couples, none have the same withstanding legacy of Crozier and Lane. Former and current UVic writing students and instructors along with members of the Victoria writing community were in attendance.

“Lorna and Patrick have had such a huge impact on the local writing community both through their own work and through several generations of students that they’ve mentored,” said David Leach, chair of the UVic writing department.

“It’s nice to have the opportunity to be involved with so many brilliant people when they were young and starting out,” Crozier said of the writing department’s sponsorship of the event and of her time teaching.

Both Crozier and Lane spoke candidly about their careers as writers and teachers and joked about their writing processes.

“You write a sentence and think, ‘Wow! This is great!’ Then you realize that, fuck, this needs to become a paragraph,” Lane confessed to the crowd before casually referring to Margaret Atwood as “Peggy.”

Saturday brought attendees a variety of events sprinkled across the city.

Gregory Scofield hosted a poetry workshop at Good, a studio in Victoria’s Chinatown. In the Community Room of the GVPL, Yasuko Thanh conducted a masterclass that explored character as the heart of the plot.

In addition to the more intimate workshops and classes, four discussion panels including a plethora of Victorian writers explored the processes of writing, storytelling, and anecdotes from authors.

Zoey Leigh Peterson, whose novel Next Year, For Sure was longlisted for this year’s Giller Prize, spoke about her book and of her excitement to be back in British Columbia.

“[Victoria’s writing scene] feels like a community. It feels very collegial. It feels like everyone’s rooting for everyone else. I really like to read in Victoria. I did my very first reading ever in Victoria, and it felt like nothing else,” said Peterson.

The Metro Theatre on Quadra Street served as the venue for “Voices Lifted — Where Art Begets Art.” Jan Stirling and Barbara Black wrote songs inspired by the most recent books by Zoey Leigh Peterson, Barbara Gowdy, Sharon Butala, and Gurjinder Basran. While the songs may not have been ground-breaking in their style, the event seemed to surprise and engage the crowd.

The final day of the festival featured a workshop with Sharon Butala and a conversation between Zsuzsi Gartner and Barbara Gowdy. Gowdy brought honesty, hilarity, and confessions about hotel toilets and that time she was nominated for the Bad Sex in Fiction Award — points she brought up at least twice throughout the festival.

Those in attendance of the festival were privy to diverse perspectives from talented writers on writing as a craft, storytelling, and life.

Reflecting on this year’s festival, Vanessa Herman was thrilled with how everything turned out.

“I think the biggest success of the festival was the festival itself,” said Herman. “We did so much better this year than last year.”