Girl acts as rude in bar washroom as in real life 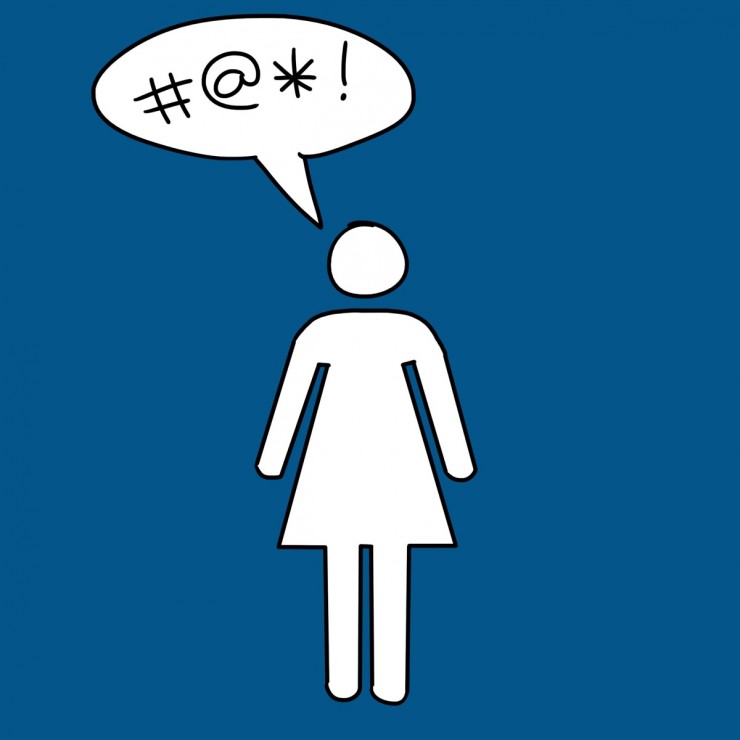 Friday festivities at Lucky Bar were abruptly halted when local student Brittany Harp cut into the washroom lineup. The 22-year-old, who suffers from Advanced Resting Bitch Face (ARBF), was reportedly unaccompanied by another female when the incident took place, and distressed many by repeatedly banging on the stall doors, telling other occupants to hurry up.

Jennifer Saud, who was allegedly vomiting half her body weight in one of the stalls, was one of the victims subjected to Harp’s verbal abuse. “She was asking why there were four of us in one stall,” said Saud, “but I really needed them for moral support.”

23 girls in another washroom stall reportedly all shuffled through their purses to offer Harp a tampon. Menstruation, however, was apparently not the cause of her anger, and all 23 tampons were denied.

Casey Byrne, winner of Miss Teen British Columbia in 2009, was next to her in line when the events took place.

“She seemed really upset,” said Byrne, “so I told her I liked her hair.”

In an attempt to mend the situation, Byrne began calling Harp endearing nicknames, such as “babe,” and “sweetie,” but received only a glare in return. In a state of panic, Byrne began to hyperventilate and was soon in tears. Luckily, another girl who did not witness the whole incident rushed to her side, brightening her spirits by repeating the phrases “He’s such a dick,” and “You totally deserve better.”

The girls were relieved when Harp had finally secured a stall, and prayed that her anger would be flushed from the vicinity. During the grace period of her urination, the washroom was apparently restored to its sacred state. Updates of the evening’s drama were discussed and debates of which Instagram filter to use flourished. This haven, however, lasted only until Harp re-emerged from the stall.

“She literally walked right up to me,” said yoga enthusiast Taylor Steele, shaken from the event, “and I thought she was going to help me decide between Valencia and Sierra, but she literally just shoved me aside to use the sink.” Surrounding girls quickly picked up on this hostility, and ceased all mirror pics for the time being.

Byrne, however, was determined to resolve Harp’s anger. Sifting through her purse, equipped with all the necessary tools of being a woman, she carefully selected a high-quality mascara and presented it to Harp. Confused by the offering to the point of offense, Harp’s only response was, “Who are you people?” Stunned, the girls described sharing a look of deep mortification, as if a sister had denied their existence and the mutual kinship between females was broken.

The cause of Harp’s behaviour has yet to be identified. Sources say that Harp’s attitude outside the washroom correspond with her attitude inside. The girls who were affected by the event began expressing their resentment only after leaving the washroom.