Harm reduction is only the beginning for combating the opioid crisis 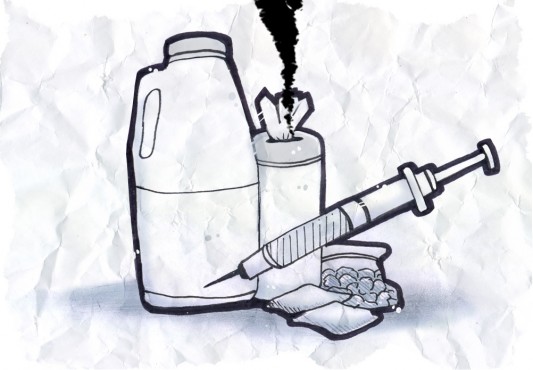 Society is almost useless when it comes to public policy surrounding drug addictions; frankly, politicians should be partially responsible for the deaths of addicts. There needs to be more thorough public programs that give users the opportunity to improve their lives. There is mediocre treatment — Narcan and blankets handed out to the homeless at 2 a.m. and mile-long waiting lists for public treatment centres — but that’s not enough. It’s laughable that government-funded detox programs could alone be considered proper resources.

About 31 million people worldwide have a drug use disorder, according to the World Health Organization. But when public policy meets addiction, people don’t stop dying. If they’re lucky enough to be saved, many are likely impartial as to whether or not they wake up. I’ve been in recovery for five years, but no amount of time can make me forget that hell.

In March 2018, 162 people died in B.C. from illicit drug use. Assuming that number kept steady, that’s almost 2 000 British Columbians dead over the course of a year. Politicians aren’t interested in saving lives. They’re interested in getting the users off the news through harm reduction programs and court-mandated support meetings.

Society can’t stop at safe injection sites and Narcan kits. These programs are tensor bandages pressed to a gushing artery.

As important as those policies are, they are only the beginning. If the government doesn’t finance abstinence-based programs that give users the opportunity to learn how to fill the empty space drugs once filled, we can’t expect addicts to have faith in anything except the drugs that are killing them.

As if the opioid epidemic wasn’t catastrophic enough, the public is being lied to in the same way addiction lies to addicts: harm reduction doesn’t drastically improve the lives of those who are living in hell, it only has the potential to make life safer.

Society can’t stop at safe injection sites and Narcan kits. These programs are tensor bandages pressed to a gushing artery. They get the crisis out of mind and trick us into thinking enough is being done. But if it’s out of our minds, that just means it’ll be a problem soon again.

That’s how addiction works. It’s a progressive illness that never stands still. It waits until you’re not paying attention to pounce. Rates of relapse for addicts are similar to those with hypertension or asthma: in the neighbourhood of 40 to 60 percent, according to the U.S. National Institute on Drug Abuse. If 2 000 individuals with asthma died in Victoria last year, this problem would be solved.

The answer, then, until the powerful listen, lies in relentless, kind, empathetic, grassroots activism. Lead by example for the policy makers: stop to talk to someone panning for change, buy them a coffee. Tell them to hang tough.

I know it’s hard. People in active addiction are often irritating, smelly, manipulative individuals. They have to be to stay alive in that forlorn, empty state.

Harm reduction can keep addicts alive, but abstinence-based recovery will help them have a life they’ll want to live. Offer to take them to a meeting. Chances are they’ll tell you to fuck off, but you might also save a life. They might tell you stories of getting booted from detox early, or of some half-assed program that failed them. The truth is recovery has nothing to do with how bad you want to take drugs, what matters is how bad you don’t want to. What matters is the degree to which you are willing to fill the hole in your heart with positive life experiences and acceptance.

Recovery has brought me so many blessings, though perhaps one of the most important has been the space and perspective to help those who are dying of addiction.

But we can’t expect addicts to do this alone. In a country with free healthcare, it’s the government’s responsibility to start the process in a way that teaches addicts how to maintain it with much more than just 12 steps.

It’s not uncommon for private treatment programs to cost over $60 000 — but that’s nothing compared to the the cost of 2 000 deaths, and the cost of hospitalization for hundreds of overdoses. The opioid epidemic has cost the United States $78.5 billion per year, with some estimates as high as $500 billion, according to the National Centre for Injury Prevention and Control. Do the math. See the preventable massacre.

Recovery has brought me so many blessings, though perhaps one of the most important has been the space and perspective to help those who are dying of addiction.

Along with being cheaper, funding abstinence-based programs could save — and improve — the life of someone huddled in a doorway next to a burnt spoon and syringe. These policies will help them want to wake up.