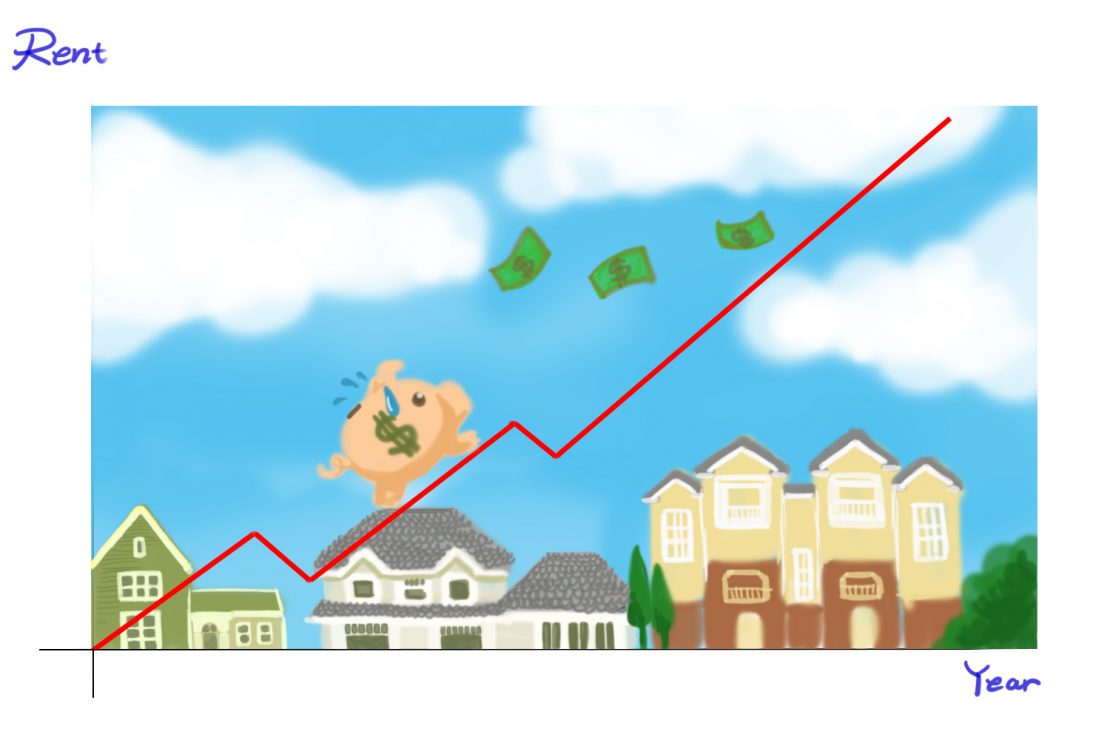 As a student at the University of Victoria, I understand that becoming a homeowner any time within the next five to 10 years is unrealistic. However, that doesn’t mean I’m not feeling the effects of our crooked housing market now. According to the Canada Mortgage and Housing Corporation’s (CMHC) Spring 2015 Rental Market Survey, Victoria’s apartment vacancy rate was at 1.8 per cent in 2015, down from 2.4 per cent in 2014. Now, it’s at 0.6 per cent, making it the lowest in Canada.

In addition, the low vacancy rate is steadily increasing the price of rent as middle class renters push out the low income students and families. For a student that leads a frugal lifestyle, often out of necessity, it raises a serious question: Why go to school in Victoria or Vancouver? Many University of British Columbia (UBC) students can’t justify the off (or on) campus rent prices and are opting to live at home in outlying municipalities like Coquitlam, requiring a daily commute of over an hour each way. In Victoria, I am seeing friends now opting to live in Esquimalt for the same reason.

The other problem with our housing market is that we students spend a larger percentage of our non-existent income on rent. The higher cost of living impacts our ability to spend within our communities because we will be rationing our savings for rent, alongside other necessities like food and tuition. The common way of addressing this problem is to take on a part-time job with full-time studies. But doing so increases a student’s stress load, and limits their free time to hang out with friends, study, participate in their community, and pursue other interests.

However, the effect of the housing market on me as a student is minor in comparison to what it is doing to our communities. Victoria and Vancouver’s housing costs are raising the poverty line, and while I can understand that some Victorians are angry about the tent city, poor management on the part of legislators makes the problem even more difficult to solve. How can you plan on putting people with low incomes into homes when the system is pushing middle-class people out?

That’s why it’s awesome to hear that Vancouver is going to implement a tax on vacant homes, though I’m curious to see how they define ‘vacant’ and how they plan on policing the issue. As well, vacant homes only comprise 12.5 per cent of Vancouver’s condominiums and one per cent of single-detached homes, townhomes, and row houses, according to a vacant homes study. I know that this tax is necessary but there needs to be larger steps than a 1.5 per cent annual surcharge — as proposed by a group of UBC economists last January — on vacant homes. Although this will increase the supply and slow the rising cost of rental units, it is inadequate in addressing the root problem of rising market prices, which increased 25 per cent over one year in Metro Vancouver.

It is important to note that addressing the housing market problem requires support of the B.C. government, as many solutions are often outside municipal jurisdictions. I am happy to hear the provincial government is supportive of Vancouver’s initiative in taxing vacant homes. This shows that the B.C. government is heading in a positive direction as it looks to end the current self-regulating practices of the housing market. These initial steps will hopefully lead to a greater reinvestment in the local communities that need it most so that low-income earners aren’t left in the cold.  As the pressure from the public continues to increase, the B.C. government needs to take real action now more than ever, before their previous inaction looks less like a blunder and more like a conscious choice.