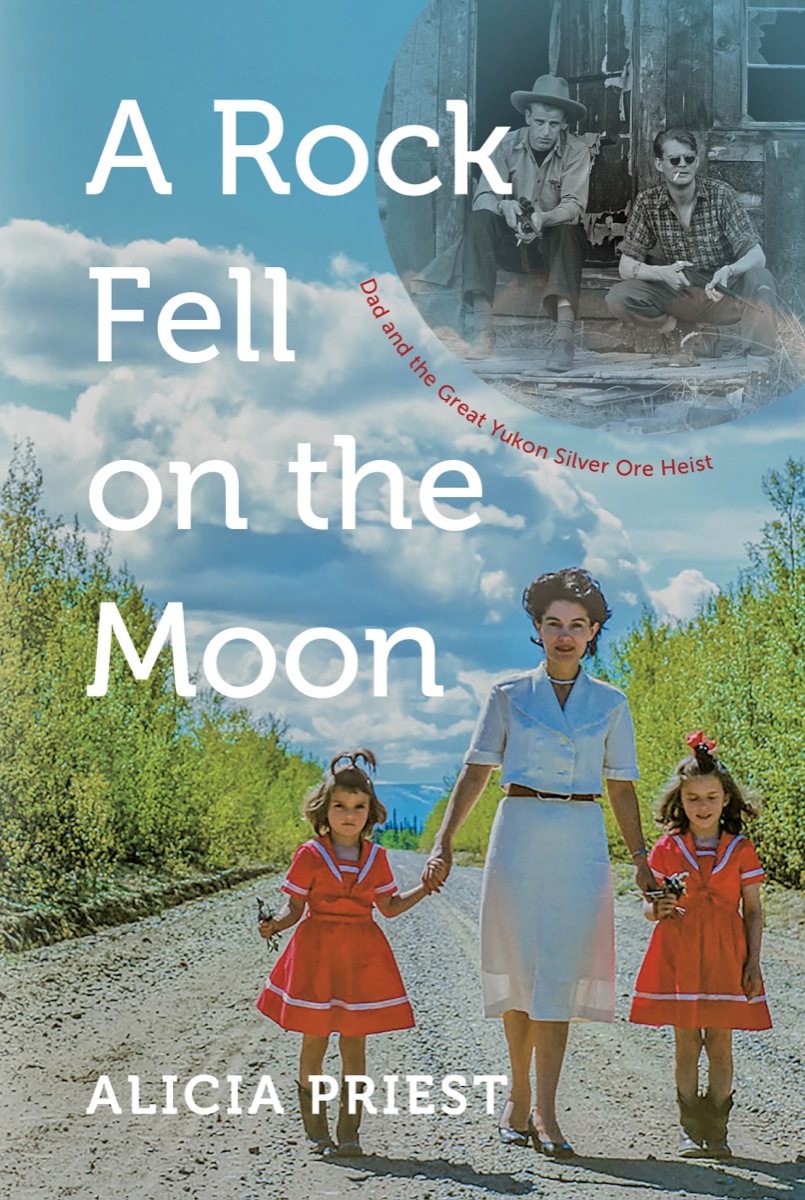 This fall, Bard & Banker will amplify its lavish ambiance with some literary flair, as it welcomes readers to join long-time Victoria-based journalist Alicia Priest at the launch of her first book, A Rock Fell on the Moon: Dad and the Great Yukon Silver Ore Heist. Part memoir, part true-crime, A Rock Fell on the Moon combines a reflection on small-town Yukon family dynamics with Priest’s personal investigation of her father’s infamous ore heist during the 1960s, a theft of $160 000 worth of silver ore from one of the largest mining companies in Canada. As a journalist with over 25 years of experience in news, radio, and magazine writing, Priest was well equipped to explore her father’s story, not only as a piece of family history that she experienced first-hand, but also as a piece of Canadian history, which she was only able to uncover by consulting letters, news stories, and archived RCMP files and court documents. “I had to do a lot of research, interviews and archival sleuthing,” Priest wrote in an email interview with the Martlet. Priest’s background in journalism was instrumental in revealing the recognized facts of her father’s crime; however, she revealed that the facts surrounding the heist itself are not necessarily the “heart” of this memoir: “While the theft of 70 tons of valuable silver ore and the subsequent investigations and trials loom large, the story is ultimately one of human dynamics during a particular cultural era.” In 2012, Priest was pushed to finally share her father’s story and its heartbreaking effect on her family when she was diagnosed with ALS, which has left her unable to speak: “With a diagnosis of ALS, I will soon not be able to tell [this story],” Priest disclosed. When asked why she was motivated to share this piece of family history, Priest answered simply, “Because the best stories are true stories.” Writing this memoir with ALS has been a great challenge for Priest, but she considers the “tremendous support” of her family, friends, and husband to be the most rewarding part of completing this book and maintains the universal desire of debut authors: “I hope people enjoy my book!” If you want to get involved in Victoria’s lit-scene or are a fan of true-crime with a family twist, grab a brew at the Bard & Banker on Sept. 17 and catch the launch at 7:30 p.m. in the Robert Service Room. Admission is free and literature enthusiasts and novices alike are welcome. For more information on A Rock Fell on the Moon’s Victoria launch, voyage to Munro’s Books or give them a call at 250-382-2464.