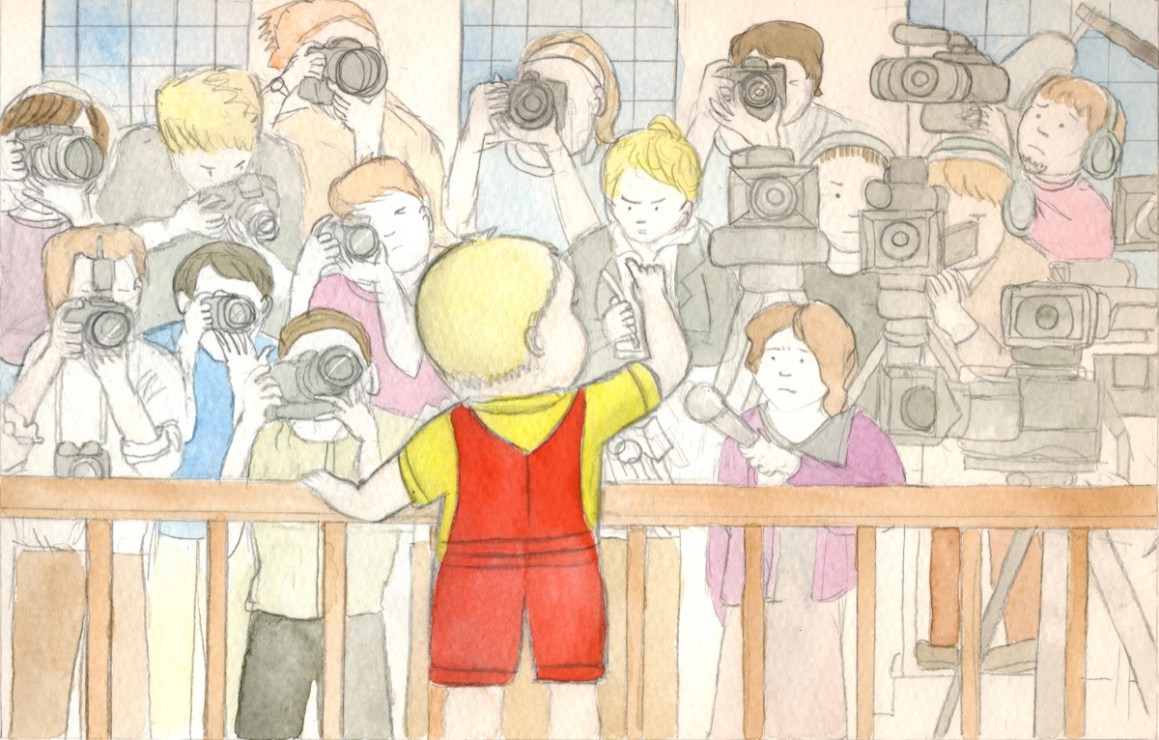 FOR SERIOUS — In an earlier version of this article, author J.K. Rowling was incorrectly described as a supporter of Scottish independence. In fact, she supports Scotland’s continued existence within the United Kingdom. The Martlet regrets the error.

HUMOUR — In his first policy speech from his Kensington Palace crib, Prince George of Cambridge spoke passionately about the impending Scottish independence referendum, pleading for the nation and his mother not to abandon him.

With the aid of a picture chart and interpreter, the infant prince said that “In my short time here, I’ve formed an impregnable bond with both the Scottish people and my mother, the Duchess of Cambridge. I, along with millions of Britons, have come to love both Scotland and my mother, and we have no desire to close the curtain on a long, fruitful, loving relationship.”

While members of the Royal Family do not generally comment on political matters, George felt he was unencumbered by the protocol given his young age, and said he was speaking against the advice of his advisors. Unnamed palace sources say that the prince has been visibly emotional for days, fighting back tears and verbally abusing his staff.

The Duke and Duchess of Cambridge, currently on a trip to the family’s estate in Balmoral, has not seen the prince in several days, and with the impending independence referendum on Sept. 18, he decided to make his case to the public.

When asked specifically why Scotland should stay, George leaned heavily on the talking points referenced by Alistair Darling, former Chancellor of the Exchequer and head of Better Together, the pro-unity movement, citing the economic uncertainty of an independent Scotland.

“I’ve read [Scottish First Minister] Alex Salmond’s 600-page plan, and it’s hopelessly optimistic, filled with nothing but platitudes, particularly on the currency question. There’s no way the Treasury will let them use sterling, so what’s left, the Euro? Just look across the Channel and see how well that single market is doing. My parents are in Scotland right now, but I’ll ask them as soon as they get back.”

The prince, who will eventually reign over 16 Commonwealth countries, also criticized the First Minister’s decision to extend suffrage to 16- and 17-year old Scots, a move he says is irresponsible and “flagrant pandering” to Scottish youth.

“[Salmond]’s courting a group that clearly favours splitting the country. And besides, only a handful of nations worldwide let 16-year-olds vote. I don’t think these teens, who are still children in some ways, have the foresight to see the consequences of rending the country in two.”

A long list of British celebrities, including author J.K. Rowling, have come out in support of staying together, which bolstered the prince’s confidence that Scots would stay, despite Darling’s poor showing in a recent debate with the Scottish First Minister.

“I know it’s a battle of hearts and minds, and one debate performance doesn’t decide anything. Everyone has bad days. Mum says that she can’t take me travelling if I’m being ‘bratty’, but that’s such bollocks. I’m just particular.” He then spent the next five minutes describing his continued bitterness about the Duchess not waiting until after his birth to visit Warner Bros. Studios, Leavesdon, where the Harry Potter films were made.

His Royal Highness struggled to maintain his composure as he stopped himself, reminding the crowd that he missed his mother’s affection and the new outfits she’d buy him from Selfridge’s.

“This game of peek-a-boo has gone on far too long for me and for my country. It’s time for Scotland and my mother to open their eyes and realize that staying is truly the best way forward.”

Citing sleepiness, the prince then shooed reporters out of his nursery, collapsing into bed and loudly calling for his nurse to rub brandy on his gums.