It’s time for Hollywood to split with mental illness stereotypes 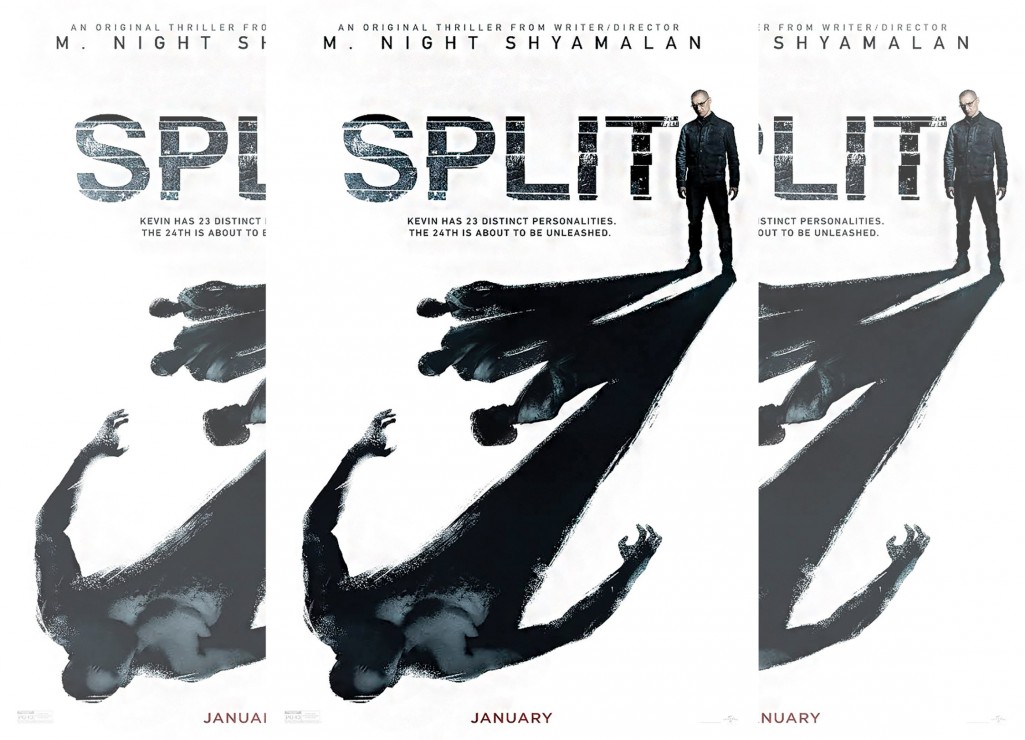 True horror lies in lived experience of the mentally ill, not cinematic sensationalism

This article originally appeared in The Fulcrum, the University of Ottawa’s student newspaper, on Feb. 2.

OTTAWA—To quote an episode of the 1990s X-Men cartoon, “people fear what they do not understand.” Nowhere is this more evident than when we discuss the toxic, precon- ceived notions about mental illness that Hollywood continuously per- petuates.

This phenomenon has been seen most recently in M. Night Shyamalan’s film Split, which follows the abduction of three teenage girls by a man diagnosed with dissociative identity disorder (DID).

The horror element of the movie comes into play as these girls try to escape their captor’s more violent split personalities. The movie *spoiler alert* ends with the killings of two girls and the man’s therapist, while the ultra-violent identity dubbed “the Beast” slinks back into the shadows with a promise of returning.

This “killer mental patient” trope has been used time and time again, with films like Split, Identity, and Psycho associating DID with violence all in the name of horror. However, the problem with this trope is not just that it has very little basis in reality, but that it ignores the experience of a large majority living with non-violent mental illness.

According to the Canadian Mental Health Association’s (CMHA) 2011 report on violence and mental illness, the psychology community has yet to establish a causal relationship between these two variables  — meaning that there is no evidence that mental illness alone causes more violent activity.

In fact, looking more specifically at DID there’s no proof linking the disorder with violent behaviour towards others. Instead, the illness is characterized by increased harm to oneself such as multiple suicide attempts, self-harm, and other self-destructive behaviour. Not to mention that the same CMHA report found that one in four people suffering from a mental illness are likely to be a victim of violence in any given year.

But Split is just a movie, and people should be informed enough on their own to know what DID is like in real life, right?

Well, despite the fact that discussions on mental illness have increased over the years, a large study of attitudes on mental health saw that the proportion of Americans who described mental illness in association with violent behaviour nearly doubled from 1950 to 1996.

Later in 2006, a national survey found that 60 per cent and 32 per cent of Americans thought that people with schizophrenia and major depression, respectively, were likely to act violently towards others.

Clearly, the narrative surrounding mental illness has been flipped from a realistic version to one that will sensationalize and win big at the box office. This ultimately contributes to a false association between violence and mental illness that leaks out beyond the walls of your local movie theater, and into our everyday perceptions of others.

But again, you may retort, “it’s only a horror movie.” How accurate does it need to be, so long as it’s scary? Why does it matter if directors overlook the authentic experience of mental illness?

There’s a simple answer. If a director actually paid attention to the experiences conveyed by a person with DID, their movie would not be lacking in terrifying elements. The experience of living with DID, schizophrenia, and any other mental illness that has been misrepresented by the film industry is horrific enough on its own.

Hallucinations, feeling that your body is not being controlled by your mind, and suicidal tendencies — all true symptoms of DID — should provide more than enough material. If a movie effectively conveyed this true experience of someone with DID, audiences would still be on the edge of their seats. No damaging stereotypes necessary.

So let’s agree once and for all that movies should lose the “killer mental patient” stereotype, and start listening to the true experiences of those suffering from mental illness. Not only has the trope been done to death, but it doesn’t hold a candle to the true horror of a mentally ill person’s lived experience.