Letter from a former Editor-in-Chief: In memory of Howard Petch

“Petch said he wanted to be my best source of information in the President’s Office. He promised to take my calls and answer my questions or explain why he could not answer if he could not.” 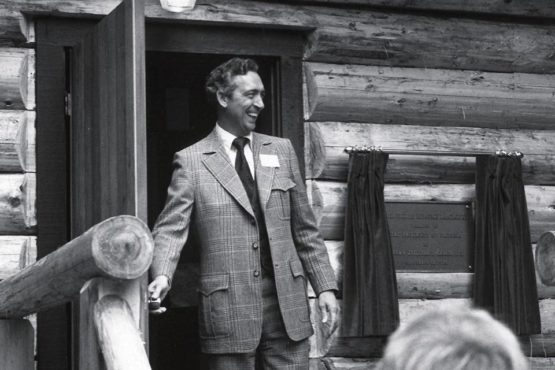 Petch at the opening of the Simpson Forestry Station. Provided photo courtesy of UVic Archives.

I was the editor of the Martlet when Howard Petch came in as the new president of UVic.

The university was under academic censure by the national body representing universities for the refusal to give several professors tenure. It had been a tumultuous time with student protests over the “firings” and a student-led campaign to discredit and remove the president of the day and then his successor.

I was in my office in the Martlet when I got a phone call. It was Howard Petch. He wanted to meet. 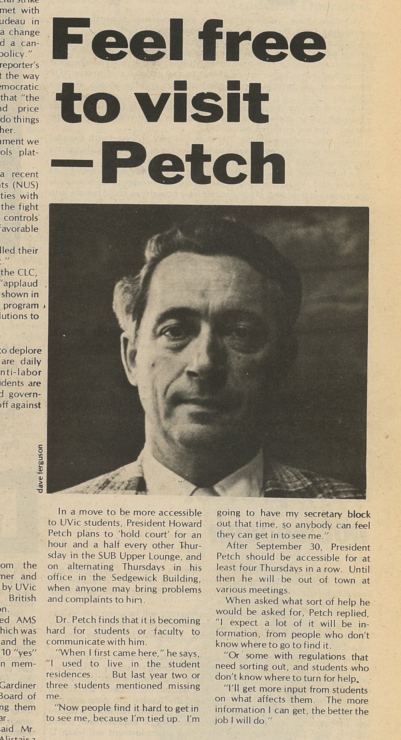 I told him to get his secretary to call me when it would be convenient and I would come over to his office.

“No,” he said. “You tell me when it will be convenient and I will come to your office. I would like a tour and then we can go downstairs and have lunch where we can be seen to be talking.”

Over lunch he explained that he had only taken the job under the condition that he would have the authority to negotiate the end of censure. He said he wanted to know from me what what kind of financial settlement for the fired profs would the students find acceptable, and what would guarantee him the editorial support of the newspaper. The profs had long ago moved on but the stink of their unjust treatment lingered, as did censure.

He said it had to be something reasonable, something he could take to the Board of Governors.

And then he said he wanted to be my best source of information in the president’s office. He promised to take my calls and answer my questions or explain why he could not answer if he could not.

We had frequent conversations after that.

And then one day he phoned me to ask what time the newspaper hit campus, and what was the absolute last minute a story could get typeset and into the newspaper. It would be a front page story and he wanted it to come out in the Martlet an hour before he held a news conference for the rest of the media in Victoria.

If it was what I thought it was, he could phone me at the printers in Port Alberni where we got the paper printed and I could have it typeset and pasted up there.

And so the Martlet broke the story that the university had come to a settlement with the profs involved and that censure was to be lifted.