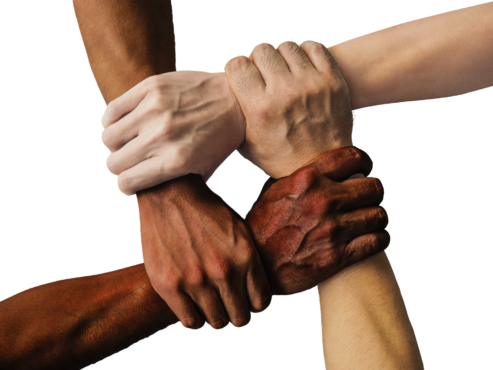 As an organization committed to the principles of anti-racism, anti-colonialism, and combatting anti-semitism, the Open Forum Against Racism (OFAR) embraces the humanity of all people. Our core principles are democracy, equality, social justice, inclusion, pluralism, respect, safety, and compassion.

We are outraged and deeply saddened by the carnage that occurred in Pittsburgh, PA on Oct. 27 where 11 people were killed and others were wounded at the Tree of Life Congregation before Shabbat services. The lone gunman had previously launched a social media attack on a Jewish agency that supports refugees, accusing the agency of undertaking “sugar-coated evil,” and calling refugees “invaders.” He also claimed that members of the Central American caravan aiming for the United States were intrinsically violent.

While the gunman criticized Trump, he borrowed language that has been deployed by the President — attacking immigrants and celebrating white nationalism. The Trump administration has fuelled anti-semitism, Islamophobia, misogyny, anti-Black racism, refugee xenophobia, and the denial of Indigenous self-determination.

Just a few days before the Pittsburgh shooting, a white man in Kentucky killed two Black people, Maurice Stallard and Vickie Jones, after he tried and failed to enter a predominantly Black church and stating that “whites don’t shoot whites.” Acts of violence like these are steeped in the forms of toxic masculinity that Trump emulates, and seek to dominate or destroy those deemed inferior in some way.

Anti-semitism is not unique to the U.S. — Canada denied entry to Jews seeking sanction during the Nazi holocaust, and numerous hate crimes have been committed in Canada in synagogues and everyday spaces in recent years (there were 1 728 anti-semitic incidents reported in 2016).

Jews continue to face discrimination, whether their background is Eastern European, Moroccan, Algerian, Tunisian, Egyptian, Chinese, Indian, or Ethiopian. This is not to conflate Jewish experiences with Black, Indigenous, and non-Black people of colour, but it is to note that anti-semitism takes on many faces.

OFAR sends its condolences to the families and victims of the Pittsburgh shootings and pledges to continue to use our collective voice and platform to speak out against hate and intersecting injustices.