Victoria is a city that’s known for its humble but prominent arts scene, consisting of contemporary and alternative visual artists as well as bigger local names, such as Emily Carr. The city has its fair share of local galleries and street art, much like Vancouver, which has an exceptionally large arts scene by comparison.

At times though, Victoria’s more mainstream art scene overlooks the medium of comic art, an art form that is funny, but also often heartwarming and quite telling. The following individuals are comic artists based in Victoria that love what they do, and help to highlight the importance behind the craft. 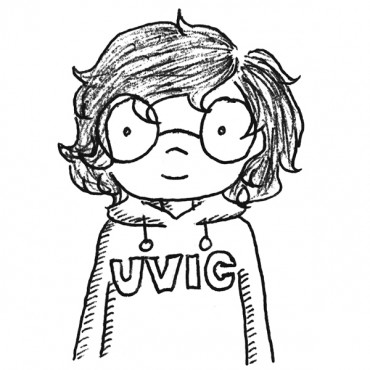 My name is Zoë Collier, and I am a third-year psychology student at UVic. I like to draw comics about funny events or scenarios that have happened to me, to someone that I know, or ideas that have simply come to me in the middle of a lecture. This is usually because of something that the professor has said that can be interpreted differently for comical purposes (I would like to apologize to the people who sit around me in class. I am sorry if I distract you when this happens, but please be sure that I will try to contain my giggles in the future). There are two main reasons why I enjoy comics more than any other art form. The first is because there isn’t as great of a pressure to be perfect, which is nice because I would have stopped doodling a long time ago if that were the case. The second is that comics—or any stories told in the form of graphics—allow you to experience a range of different emotions. I personally draw them to make people laugh, however there are others who make them for you to stop and question the mechanics of society or discover something different about yourself. I don’t know if living in Victoria has influenced my comics and their content, but going to university has definitely influenced my confidence in creating them. It must be the whole atmosphere of “try it and see what happens”—or my continuing search for the lost bunnies of UVic (I believe that deer may be involved; however, further research is required before I am fully convinced). 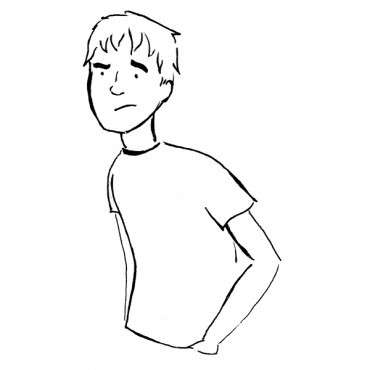 I like comics because they’re such a flexible medium for expression—expressions of ideas, emotions, movement, and the images words describe. When I draw, I try to compose everything based on what I’m trying to convey. Sometimes I focus on visuals, and use text just as a supplement or as a clarification, and sometimes I focus more on the words. My style varies a lot. I do aim for minimalism most of the time. Especially when I’m concentrating on visuals, I try to use as few details as necessary for whatever I’m trying to convey. My subject matter is all over the place. If I have an idea that I find entertaining or interesting, I’ll try to imagine a comic that can express it. It takes me many hours to draw a single comic, so I don’t draw one unless I have an idea to begin with. My comics are not set anywhere in particular. But, Victoria is definitely present in them, sometimes as real people or locations, more often as scenes that I imagine taking place here. Sometimes they’re nonspecific or clearly set elsewhere. Still, I drew most of my comics after I came to Victoria and UVic, so there’s usually some influence from this part of my life. Basically, I create comics to express ideas, in ways I can’t using only words. For a year, I did a series of comics using myself as a character. During this time, someone I met read a few and said she understood me better. That makes it worthwhile. 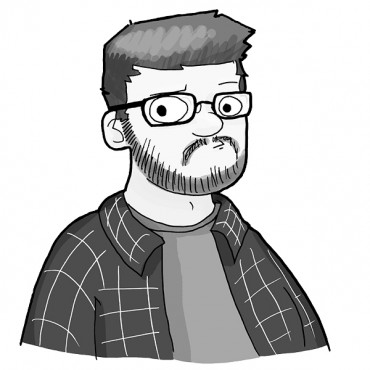 I just like telling stories. Whether I’m babbling away about the plot of some movie or game I’ve been playing at you or writing something of my own, storytelling is pretty much the thing I feel happiest doing. In particular, I love writing things that kids can get a kick out of, which is why my longest-running project is an all-ages fantasy comic called Knifestone. That’s actually one thing about living in this city—and working where I work, at Bolen Books—that has been pretty rad. I’ve been able to see just how bananas kids are for books, and especially for comics. All these dang kids growing up with easy access to manga? No fair. Man, I feel old. 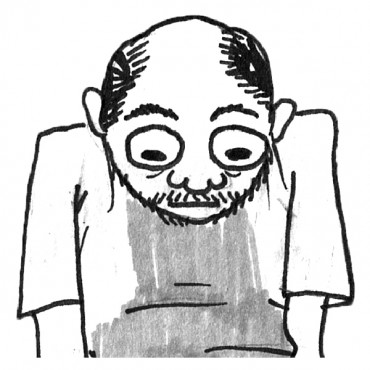 I’ve lived in Victoria most of my life. When I moved here for the second time, in 2004, it was for Camosun College’s Visual Arts program. After that, I started working part time, and drawing comics. I’ve done a four-year run of autobiographical comics called The Daily Dans, as well as joke strips, and many zines. I’m currently working on a wordless horror comedy called Gill or be Gilled. In my opinion, comics are ideal for concepts that involve time, and change over time. If I want to depict a character, I might choose to sculpt them. If I want to depict a day in the life of that character, I need a sequential medium. I enjoy designing objects, but my favourite ideas are always narratives, so comics will always be my passion. There are two things that compel me to draw comics. First, it’s very cathartic for me. I’ve done a lot of “journal comics” for the same reasons that people keep journals. I just publish mine. The second reason is my imagination’s penchant for stories. Some stories demand to be told, and so I’ve made for myself a life with plenty of time to draw.