UVSS directors, students spoke in favour of the initiative during ongoing housing crisis 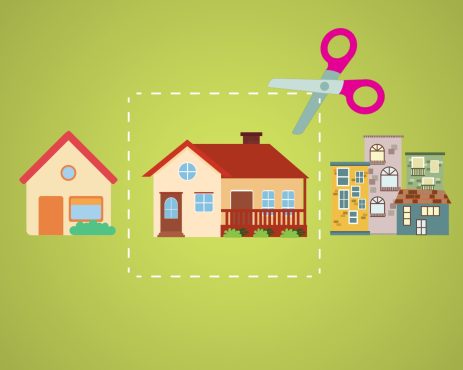 On Sept. 1, while speaking in support of the Missing Middle Housing Initiative (MMHI), a UVic student shared with the City of Victoria council that they have been living with an ex-romantic partner, even though they split up over a year ago, because of the lack of housing available for either of them.

“Being on student budgets plus extreme competition for housing have left us stuck trying to navigate living together. Needless to say, life at home for me has been stressful for me. It has caused me a lot of duress in the one place I’m supposed to feel safe,” said the student at the second hearing.

This student’s struggle is not unique. The rental market for housing in Victoria is in a crisis that affects many UVic students as they struggle to find housing each September. Between 2005 and 2019, the median rent for a one bedroom apartment in the city increased by 68 per cent. Victoria’s vacancy rate currently sits at just one per cent after falling from 2.2 per cent in 2020. Healthy vacancy rates for cities are between three and five per cent.

The MMHI was proposed by urban planners of the City of Victoria in 2019, and if eventually approved, will allow developers to build houses, duplexes and townhouses in places where only single family houses are currently allowed without going through the rezoning approval process. After two public hearings, the council voted to defer the MMHI to the next elected council.

“The biggest issue that students face today is housing,” said Sarah Buchanan, a UVSS director at large, to the mayor and council while voicing her support for MMHI at the second hearing.

“Currently housing is so unaffordable that many of us cannot complete our studies while living in a house. Straight up, a lot of students, including ones I personally know, have gone through periods of homelessness where they [are] either couch-surfing, living out of their vans or living in tents with no running water, no connected electricity, nothing. How are we supposed to get degrees like that?”

Many who opposed the MMHI at the second hearing are current homeowners who want to preserve the unique character of the city, its heritage, and urban forests.

“We, the middle class homeowners, had to work and save for decades, live and rent somewhere else and now we have the right to enjoy the life that we have earned,” said a retiree and resident of Fairfield at the hearing.

Another issue that was discussed at the public hearing is affordability. Some believe that the supply of housing will never keep up with demand to live in Victoria. Others, while recognizing that the city needs more housing, strongly objected to MMHI because they believe it will not provide affordable housing for young people who cannot afford rent now.

Samuel Holland, a UVSS director at large, had a chance to take the lectern after midnight on Sept.1 to advocate for MMHI.

“We’ve heard a lot of folks say that Missing Middle is not going to provide housing for students and those people are wrong because Missing Middle will provide housing for the young professionals and trades people that students are currently competing for in an extremely tight housing market, making it easier for us to find housing,” said Holland.  “It will take years to loosen up the housing market, but it is a step in the right direction.”

In an interview with the Martlet, Holland expressed their disappointment with the public hearings and the generational divide at play there.

“The really truly surprising thing was the hate and harassment that went on and especially at the first hearing,” said Holland. The first hearing took place on Aug. 4. Holland also observed what he thought was the “fear of change” coming from the older generation.

“The saddest thing is the neighbourhoods they are talking about that they love so much are already changing and they are not changing in a good way,” said Holland about those who spoke against the initiative. “They’re changing in a way that forces everyone out except them, forcing out young people, forcing out renters, forcing out the people who work in the businesses they want to go to.”

Now that the voting for MMHI has been pushed to the next council, the future of the initiative could rest on this election season. The municipal elections take place on Oct. 15 and will vote in the next council for a four-year term.

“Unless people my age and people in their thirties, and people who are just coming to vote for the first time, first years and second years, unless they come out and vote and make their voices heard at the ballot box this October, … there is not going to be any change,” said Holland.