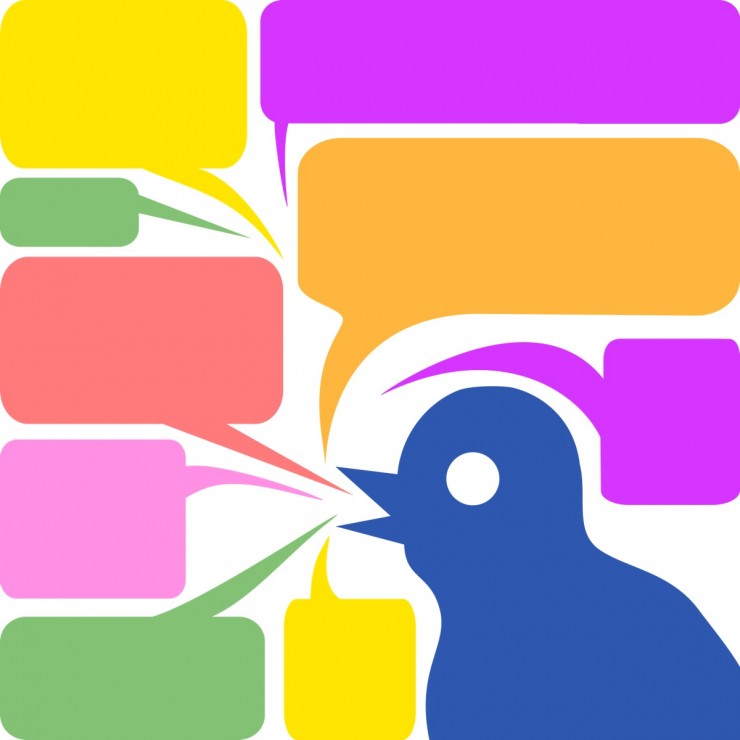 Let’s get one thing out of the way: your Twitter game is probably subpar. Forget those bullshit Teen Quotes accounts, those insufferable pretending-to-be-Will-Ferrell “parody accounts” that recycle the same refuse from the TeenQuotes account, and the mouth-breathers on your feed who retweet both like they have something to offer. They don’t. None of them do. So, take a minute and acquaint yourself with this finely curated list, and consider it the first step in upping your #content game.

@dril
Starting this list off with @dril is not unlike blowing the proverbial premature load, but if his startling use of language to make something absurdly brilliant doesn’t appeal to you, then none of this list will. Fun @dril fact: @dril is the subject of a conspiracy that claims the real writer behind the account was replaced sometime in the last year or so, but like many things mysteries surrounding @dril, we’ll never know for sure.

“This Whole Thing Smacks Of Gender,” i holler as i overturn my uncle’s barbeque grill and turn the 4th of July into the 4th of Shit
— wint (@dril) June 16, 2012

@fanfiction_txtA must-follow if you ever find yourself imagining what Hermione Granger and Sonic the Hedgehog might go do on a first date (hint: it’s probably fucking disgusting, with emphasis on the ‘fucking’), or what Naruto thinks about current events in North Korea. Enter at your own risk.

@a_horrid_penis Charming, witty, and incredibly wise, this New Zealander also has insane selfie game, and is usually adorned in ancient jewels and crystals.

@BBW_BFF I’m not sure how to describe priscilla’s twitter in any more detail than a smorgasbord of pictures from ‘80s sci-fi VHS collections captioned with ‘tfw bae doesn’t call you back’, but if that doesn’t grab you, then maybe you should just take a look for yourself.

@skullmandible
Cohen’s most popular tweet appeared on Ellen once; he’s also an English PhD candidate, so, props for that. Abandon your old gods; Cohen is The New Faith.

most cutting thing you can say is “who’s this clown?” because it implies they’re a) a clown & b) not even one of the better-known clowns
— Cohen is a ghost (@skullmandible) December 12, 2013

@thomas_violence
@thomas_violence aka Ben almost deserves a spot on this list simply for the sheer volume of tweets he spits out in a single day. With tweets ranging from morbidly self-deprecating humour to absolutely scathing observations of the lives that us twentysomethings lead, you are guaranteed to find something to like here. He has also faved many of my own tweets, so . . . you know. There’s that.

I can’t believe I spent 3 mil on a tv show where bears fight childcare workers because I thought “nature versus nurture” was a cool title — thomas violence (@thomas_violence) January 16, 2015

@jonnysun
Jomny (yeah) is a lot like you and me—except he’s an alien and doesn’t quite grasp the English language. He tries though, and that’s what counts. He’s equal parts hilarious and oddly poetic, and loves to make friends with airline companies online.

@CornOnTheGoblin Cat Damon is a recent addition to my Twitter feed, and I’m yet to regret it. He’s a constant source of top-tier jokes, so you can’t lose.

“You promise you didn’t get me bees again” [me from a distance] just open it — Cat Damon (@CornOnTheGoblin) November 11, 2014

@cher I know what you’re thinking. “Cher? What the?!” Yeah. Game changer. I may not believe in life after love, but I believe in Cher—and you will too. Get ready for some wild abandon with the caps lock key.

Check out this article online at martlet.ca to see these tweeters in their natural habitat—straight from the source, baby. Oh, and please follow me @dirtylonghair.