Proof of B.C.’s New Year’s climate resolution will be in the eating

B.C. Government’s CleanBC climate plan has a lot of promises 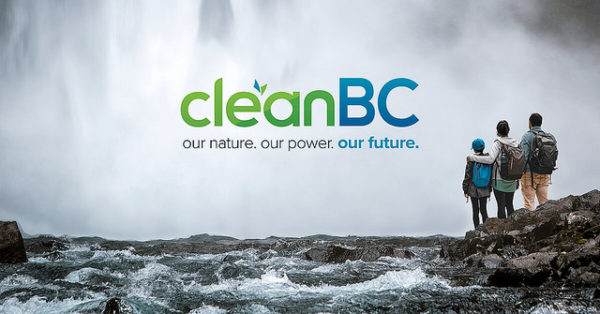 Photo accessed via Flickr, courtesy of Province of British Columbia.

According to the United Nations, the hottest 20 years on record have occurred in the last 22 years.

We’ve known for over 100 years that human actions can lead to climate change. Around 30 years ago it finally became a hot topic as it began to make front-page news, and now nearly 200 countries are attempting to cut emissions to avert catastrophic climate change.

But despite the growing awareness of the climate crisis, the talk has been matched with little walk by the world’s governments.

But did you know these targets were also promised in a similar climate resolution the province set forth back in 2007? So far, B.C. hasn’t proven its ability to follow through.

When it comes to climate change action, we’ve been hovering around the same spot for the last decade, and time isn’t on our side.

Research from the University of Scranton reports that only eight per cent of people actually accomplish their New Year’s resolutions. I only hope that this time our province won’t be one of the 92 per cent who say “I’m going to quit smoking this year,” or “I’m going to get out of debt,” while not realizing their willpower doesn’t get any stronger by telling everyone about it.

A year ago, B.C. quietly repealed the 33 per cent reduction target for 2020 that had been promised in 2007. The current NDP. and Green government blamed their failure to meet the target on the previous B.C. Liberal government.

To give an idea of how B.C. was doing before it repealed that goal, take the industry sector, which constitutes 40 per cent of B.C.’s total emissions. Between 2007 and 2016, emissions from industry were not reduced. Instead, they grew by two per cent, according to B.C.’s 2018 Progress to Targets report.

The second biggest sector of emissions in B.C. is transportation, and it’s doing better, but not by much, dropping by a mere one per cent in the decade following 2007 — a far cry from the road we must take in order to meet our goals.

If B.C.’s 2007 resolution had been to lose weight, it would appear it’s still using the same belt hole twelve years later.

When it comes to climate change action, we’ve been hovering around the same spot for the last decade, and time isn’t on our side.

All that being said, the new CleanBC plan still gives me some hope.

For one, the climate targets are legally binding. The plan puts all targets into law, unlike in 2007 when only the final target of an 80 per cent reduction by 2050 was made legally binding. This locks B.C. in the cuffs of accountability — no shaking them off like any old New Year’s resolution.

Additionally, the plan includes important amendments to the Climate Change Accountability Act (CCAA), namely an advisory council, which for the first time will provide a professional body to keep B.C. on track towards its targets.

Also hopeful is that these legal measures were commended by environmental organizations like Ecojustice, West Coast Environmental Law, Georgia Strait Alliance, and the Pembina Institute.

Here’s what Pembina Institute wrote about the plan in a press release: “These strengthened climate accountability actions … have the potential to bring B.C. in line with a growing trend towards comprehensive climate accountability laws, joining a list that includes the United Kingdom, Scotland, New Zealand, and Sweden.”

We can also expect more transparency in the years to come. In November 2018, the Province amended the CCAA to require the public release of annual target reports starting in 2020, allowing citizens to scrutinize progress as well.

The new accountability measures will also make it more difficult to use previous governments as scapegoats, like the NDP did for the Liberal government’s 2020 targets.

As with any resolution, the proof of the pudding will be in the eating, and we have yet to see that pudding served up on a plate.

However, so far CleanBC only lays out a plan of action for cutting 75 per cent of emissions. Moreover, the cost of the cuts haven’t been disclosed.

The strategy for tackling the remaining 25 percent of emission reductions won’t be announced for another 18 to 24 months, and these cuts are likely where we will see the heaviest economic hits, critics say.

CleanBC’s action on the agriculture sector is also suspicious.

The CleanBC report says agriculture activities account for only three per cent of emissions. Others, like Kent Mullinix, director of Kwantlen’s Institute of Sustainable Food Systems, say this industry accounts for much more.

Mullinix claims agriculture contributes to 10 to 15 per cent of emissions in B.C., and says that the CleanBC plan should be more concerned about consumer diets. Currently, this three per cent statistic is based on what we produce in British Columbia, and does not take into account the carbon footprint of what we consume.

A recent report released in Nature says meat consumption must be drastically reduced to avoid catastrophic climate change, but this urgency isn’t at all reflected in the current CleanBC plan.

So should we be excited about B.C.’s climate efforts?

The first three-quarters of the published recipe look all right despite the gap with agriculture. But  as with any resolution, the proof of the pudding will be in the eating, and we have yet to see that pudding served up on a plate.