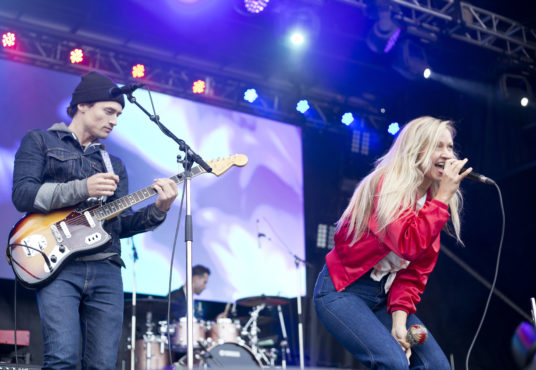 Music has the ability to bring people together in ways that would otherwise never be possible. It’s easy to let go of your problems when you’re dancing in a crowd that spans from one side of a field to the other, to forget that there’s a life outside of that — a life outside of that sea of people comprised of different nations, languages, and cultural backgrounds. So much goes unspoken in the crowd; people let the airborne electricity of the music speak for them. 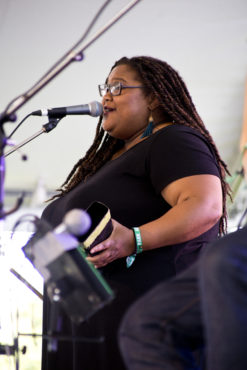 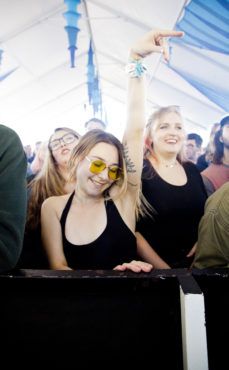 At this year’s Rifflandia, night venues provided such a space for visitors and artists to grow and develop their tastes and styles. Discovery Street was partitioned off to allow for one accessible space of decked-out stages, killer light shows, and a diverse array of drink venues and food trucks. From Capital Ballroom to the Copper Owl, rivers of people flowed over the sidewalk to soak up as many shows as possible over the short three-day and four-night period. Weather didn’t seem to matter either, because rain slows down B.C. music festivals the same way it might slow down a marine mammal: it just doesn’t.

And it wasn’t just local artists that made an impact at Riff. The Booze Cruiser, the Crystal Malt Chariot, the Inebriation Station Wagon, the Brew-choo Train, the IPAutomobile, the Tankard Truck, the 18 Beer Wheeler: all names — almost exclusively used by me — to describe Phillips’ single greatest petrol-powered-alcohol-dispensing achievement to date: the Lager Lamborghini. Much to the delight of craft beer aficionados (or just those who enjoy to imbibe), Phillips peddled several of their flagship brews, along with their Victoria-famous and event-specific special beer, Rifflandabrau. 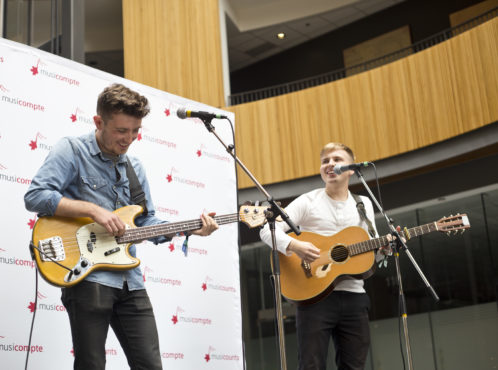 Regardless of who attended Rifflandia, or how they spent their time while they were there, they all came with the same goals: to dance, to listen to great music, and to learn about the festival’s both new and established artists just as much as they did about themselves.