Regulations in Canada’s Pacific are far from perfect

Well-enforced marine protected areas are essential for our marine ecosystems 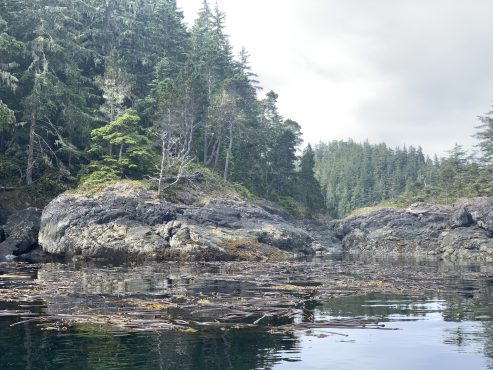 For British Columbians, the coast is intertwined with many aspects of our lives, our cultures, and our fondest memories. Unfortunately, it may not stay that way for long. Our coasts are under threat and our governments are not doing enough to protect them. To ensure Canadians continue to benefit from marine resources and increase ecosystem resilience to climate change, we need our governments to implement a network of well-enforced marine protected areas (MPAs) that protect our ecosystems.

The majority of British Columbians (approximately 72 per cent as of 2016) live near the ocean. Healthy marine ecosystems supply 133 000 jobs and contribute $21 billion annually to the province’s economy through economic activity such as fisheries, while also providing ecosystem services like storm protection, shoreline stabilization, and carbon storage. Protecting the habitats that provide these services is vital to B.C.’s success and our well-being. Well-managed MPAs are one of the best ways to promote biodiversity and improve the resilience of coastal ecosystems. For example, a decade ago, California introduced 124 marine managed areas which cover approximately 16 per cent of the state’s waters and include 119 MPAs. Since then, fish density within the MPAs have increased.

Currently, B.C. has 200 MPAs covering 3.2 per cent of the province’s marine areas. As of 2015, 75 per cent of these had no approved management plan, indicating that they lack protection guidelines specified in legislation and are minimally enforced. This renders them ‘paper parks,’ which means they have a legal designation but they are not effectively protected or enforced. Further, 60 per cent of our MPAs were found to be ineffective at supporting biodiversity. Many of B.C. ‘s MPAs are still open to resource extraction — such as fisheries, aquaculture, and the oil and gas industry — despite the areas being initially designed for protection. A 2008 study reported that 160 of 161 MPAs were open to commercial resource extraction in at least some areas. In 2020, less than five per cent of the province’s National Marine Conservation Areas (a specific type of MPA) were considered “no take”, meaning 95 per cent were open to fisheries. From these statistics, it is clear that B.C.’s MPAs need to be more effectively managed.

Designing MPAs is complicated, requiring cooperation between Indigenous communities and provincial and federal governments. Presently, there is a lack of collaboration that complicates the process of creating and enforcing MPAs. For example, the province is unable to prohibit many resource extraction activities, such as fisheries, in MPAs due to lack of legal jurisdiction. Further, the federal government has not taken any initiative to enforce fishery closures or other regulations in provincial MPAs, leaving them open for commercial activities.

In order for MPAs to be implemented effectively, they must be created through a collaborative process that considers the conflicting jurisdictions of different governments. An initiative started in 2011 called the Marine Plan Partnership for the North Pacific Coast (MaPP) has addressed many aspects of the design and approval processes of MPAs in Northern B.C. MaPP has involved all levels of government as well as indigenous communities and engaged in extensive discussion. However, the MPA’s designed by MaPP are still in the implementation processes and as of yet no new MPA’s have been established from this process. More importantly, there has been little progress in the implementation of successful MPA networks anywhere else in B.C., with Canada’s progress in sustaining biodiversity characterized as poor compared to many countries.

While some are opposed to MPAs because they feel that they will negatively impact fisheries in B.C., our fisheries are already in poor condition because of climate change and overfishing. Overfishing is common in the Strait of Georgia, and with the overall decline of sockeye salmon returns in the last decade, the future looks bleak for fisheries that rely on sockeye and other species of salmon.The truth is, MPAs could actually benefit fisheries. Properly managed MPAs have the potential to produce high returns on investments.These benefits come from a process called spillover, which is the result of increased fish populations within MPAs moving out of the protected areas. An increase in well-designed coastal MPAs has been shown to increase fishery catches almost immediately, with catches almost doubling after 10 years. In addition to economic benefits from recovered fisheries, the creation of MPAs can also add jobs to communities, such as the enforcement and management of these MPAs. MPAs are therefore important on many levels and have the potential to increase jobs while enhancing fisheries and ecosystem resilience.

Our governments need to step up their policies when it comes to marine protected areas. This can only happen through the cooperation of governments at the provincial and federal levels along with Indigenous communities. Effective marine management needs to be one of B.C.’s top priorities as our coasts are one of our most valuable resources. Implementing a network of well-enforced MPAs spanning a large percentage of the coast would be a step in the right direction.