Religious freedom no excuse for oppression 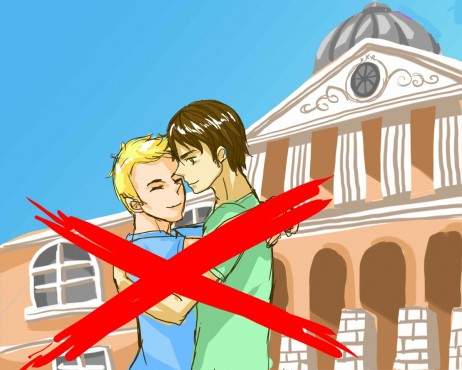 On Oct. 31, the Law Society of British Columbia overturned the initial decision to recognize graduates of Trinity Western University (TWU) in the province because of a discriminatory “community covenant” outlining “healthy sexuality” that says “sexual intimacy is reserved for marriage between one man and one woman.” Students must agree to a contract before attending, and if they break the heterosexual nature of the terms, they may face a “student accountability process.”

Under Canadian law, religious beliefs are protected; however, someone attending TWU also has the right to not endure discrimination based on sexual orientation. There is a contradiction between Canada’s laws and the ethical values that law students are taught and must practice as lawyers. The Canadian Bar Association’s Code of Professional Conduct states that “the lawyer shall respect the requirements of human rights and constitutional laws in force in Canada.” Because both religious beliefs and the right to sexual orientation are protected, the issue dwells in obscurity.

The issue has two opposing sides: section 2 of the Canadian Charter of Rights and Freedoms outlines fundamental freedoms, including freedom of conscience and religion. However section 15 of the Charter also states that “every individual is equal before and under the law” with equal benefit without discrimination. It is unclear how these two sections should collide and / or contradict one another. The question then becomes, which is valued more? Freedom of religion or freedom of sexuality?

TWU claims they are the victim of discrimination on the grounds of religious intolerance. To claim discrimination of their discrimination is tu quoque, an appeal to hypocrisy, where the purported victim—TWU in this case—spins the blame around. It’s unclear how beliefs are more powerful than human rights; when practicing law, there should be reason, rather than popular opinion. In 2001 the principal issue was ignored: that initial discrimination is wrongful, not the hypothetical damages that can occur afterwards.

TWU’s 2001 case against the British Columbia College of Teachers and their decision to not accredit TWU’s teacher education program made it to the Supreme Court of Canada. The court’s ruling ignored the discrimination clause and stated that there was no evidence that TWU graduates could cause harm as teachers based on the community covenant agreement. Indeed, because there is no “proof,” the issue becomes irrelevant and presents a bias which undermines the lives of people all over the world. To ask for “evidence” of your oppression is in itself an act of oppression—a denial of one’s lived experience.

I hope that TWU will not gain further permission to open its planned law school unless their discriminatory practices are stopped. If UVic enacted such a policy, there would be protests and international news coverage here in a heartbeat. Yet, how a private for-profit religious institution has uncontested permission to discriminate makes me think. Has it come to the point where oppressive practices can be expected from such an institution?

TWU’s case will persist and they will continue to make public appeals. According to CTV, both Ontario and Nova Scotia have already decided not to allow prospective TWU law graduates into their provincial bars. Now there’s a third: B.C. It’s no longer acceptable that power in the guise of beliefs and institutions be able to continue oppressive practices and have political agency to do so.

Correction: Due to an editing error, the prior article erroneously stated that the Supreme Court of Canada ruled that there was no evidence that TWU graduates could cause harm as lawyers. In fact, the Court ruled that teachers educated at TWU, not lawyers, would not cause harm based on the community covenant agreement.