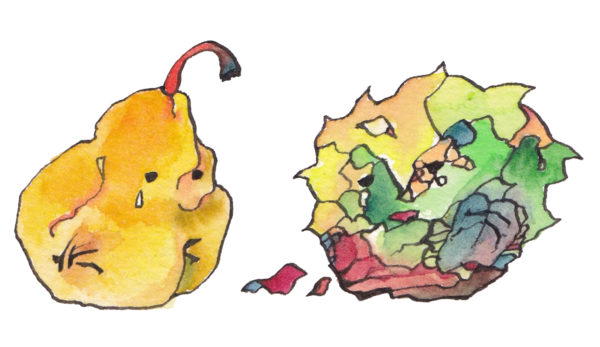 Food is a constant issue at UVic. For many students, the on-campus Food Bank, food-salvaging clubs like the Community Cabbage, and weekly free dinners at Emmanuel Baptist Church are not just chances to save a bit of money but a financial necessity. Students are strapped for cash and the surrounding community has largely adapted to that, with local businesses like Domino’s Pizza and Bin4 Burger Lounge becoming student staples due to their half-price deals. But when it comes to grocery stores, those student-based discounts have been non-existent.

A new petition started by food waste activist Jordan Figueiredo could potentially change that. It calls for Sobeys, the second largest supermarket chain in Canada (of which Thrifty Foods is a subsidiary) to sell and market “ugly food”— food deemed cosmetically unfit for sale, but is still perfectly healthy and edible. With over 12 000 signatures so far, the petition is a signal of the growing movement to overhaul our current food production system.

Every year, tens of billions of dollars worth of food is wasted in Canada alone. One component of that waste is the food discarded due to cosmetic standards. Incorporating those tonnes of food that are thrown away due to bruising, being misshapen, or discolouration would cut back on waste and make financial sense for consumers and producers alike. Ugly food is generally sold at a cheaper rate than regular produce, but given that it would otherwise end up in a dumpster, it represents pure profit.

In some Canadian grocery stores, the shift toward ugliness has already begun. Loblaws has a “Naturally Imperfect” line of produce in its stores and subsidiaries, which include No Frills, Your Independent Grocer, and Real Canadian Superstore. But for Victorians, that would mean a trip to Superstore in Langford or Duncan. Even then, the extent of Loblaws’ “Imperfect” produce is only confined to apples, pears, and peppers. Whole Foods also began a trial run of imperfect produce in Northern California last year, but has yet to implement that program on a wider scale.

Victoria would be the perfect place to have Sobeys begin their shift away from food waste. UVic students need cheaper grocery options and Thrifty Foods are scattered throughout the city. There’s already a vibrant dumpster diving culture here that makes use of discarded produce, but the gulf between that close-knit community and regular consumers is wide and filled with misinformation. It’s time to end the stigma around food waste. Bring ugly food to Victoria, Sobeys. We’ll eat it.

The petition can be found and signed here.