Earlier this month, the provincial government in Quebec passed bill C-62—a rule that will require individuals to remove all face coverings when in government and municipal offices, and when accessing public services.

The bill was passed in adherance to the province’s declaration to ensure a state of secular neutrality—to guarantee all its citizens are being served by their government equally.

However, this bill will primarily affect Muslim women wearing niqabs, effectively forcing them to disregard their constitutionally-protected religious freedoms for the sake of a neutral state. To say nothing of the legality of this “neutrality” bill, it was also ironically passed in the same province that still bears a giant cross in its National Assembly, reinforcing the idea that certain religious observances are more acceptable in the province than others.

Even more concerning is the fact that after this bill was passed, a startling number of Canadians in other provinces have come forward to support the idea of a similar bill being instituted in their own province.

A poll by Public Affairs for Global News found that 68 per cent of Canadian adults would either “strongly or somewhat back the religious neutrality law in their part of the country.”

According to most people, support for the bill is backed by the claim that it is for safety—so that, for example, bus drivers can see the faces of their passengers as they get on the bus (like bus drivers give a damn about anything other than keeping their schedules). 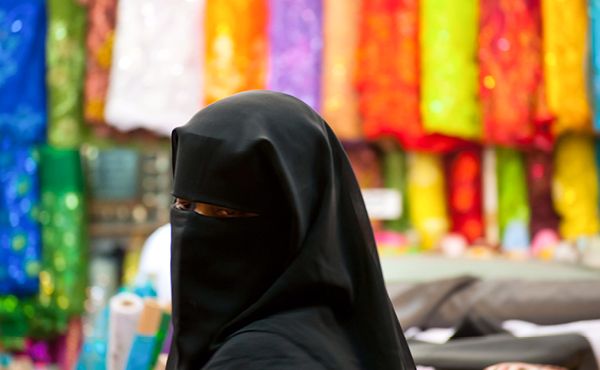 In contrast to the results of the Global News survey, Canadians aged 18-34 were the least likely to vote in favour of a religious neutrality law—as many fellow university-aged Canadians can see how protectionist and damaging this could be to other Canadian’s religious freedoms. However, it’s not really this demographic that are getting this law passed in government.

In Canada, we adhere to a particular Charter of Rights and Freedoms—freedom to practice one’s religion, and moreover, freedom to wear religious clothing if we so choose. This bill disregards this chapter—even the prime minister says so.

“I don’t think a government should be telling a woman what to wear or not wear,” Prime Minister Justin Trudeau said on Wednesday, Oct. 20.

Still, even the big boss can’t get this bill struck down, because it comes down to what the municipal and provincial governments want to enforce—bringing to light another issue with this bill: who exactly will enforce the rules?

Passing a bill so undefined may seem like a sneaky, clever way to get racist sentiments injected into the daily life of Canadians, but it’s more dangerous than that.

It’s more than politics when a Muslim woman is forced to alter what she is wearing for the comfort of others. It’s more than politics when citizens are asked to police other’s religious freedoms. It’s not a matter of politics after that, it’s a matter of safety—not for the majority of Canadians, but for Muslim Canadians, who deserve to be protected, and don’t deserve to have their life disrupted in a country that prides itself on multicultural acceptance, for the sake of neutrality.

So, while it may seem that our older demographic still remains shut off to the idea of an inclusive Canada, we still can speak out against bills like this. Our elders always say “the future is in the hands of the youth,” so let’s do something about it. Denounce this bill, speak out against it—because no one should have to uncover for an identity check. It doesn’t matter who we are, the bus is always going to be late.