‘Sure. Fine. Whatever’: The immortal wisdom of Dana Scully 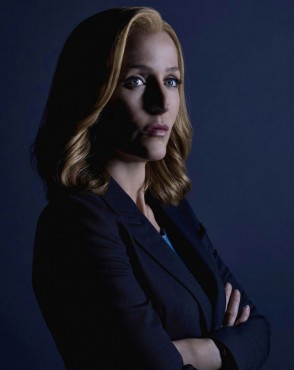 Dana Scully (Gillian Anderson) was a strong example for women in television in the ’90s, and her legacy endures years later. Photo by Fox

“It ruined my life!” This is how my 22-year-old sister Louise responded when I told her I was writing a piece on the X-Files reboot. “I had to stay awake for nights to watch all the seasons, all the movies, read all the books, and all the comics, and damn, I was so sleep deprived!” Oh, I see now. I should add that my sister is so into The X-Files that she has a tattoo of one of the most famous (and enigmatic) Dana Scully lines on her wrist. For Louise, “Sure. Fine. Whatever.” is more than a motto: it is a way of life.

Yes, it is that serious.

For the two of us, The X-Files is not just a show: it is a family affair. It is also the keystone of my absolute (and annoying) obsession with ’90s pop culture. (FYI I am the girl who sings Corona’s “Rhythm of the Night” at Felicita’s karaoke night as if it was the latest Justin Bieber hit.) My parents were crazy enough to let me watch the show with them, but that was not all; we even listened to the X-Files movie soundtrack while on summer holidays. Even though Mark Snow is an amazing composer, it is a pretty creepy thing to listen to in a car with kids inside, windows wide open on the beachfront, I can tell you. But I have to admit that my parents totally nailed the parenting thing when they let me send an application to the X-Files fan club. (Yes, fan clubs, you know, the ancestor of Facebook pages . . . ) I wrote the nicest letter I could to people I thought held all the darkest secrets Deep Throat was never telling us on TV.

Along with a lovely drawing of an alien lying wide open on an autopsy table (cute, isn’t it?), I justified my interest in joining this sacred club with a desire to be Dr. Dana Scully when I grew up. To prove how dedicated I was to fulfilling my childhood goals, I became a doctor a year ago (just not a medical doctor, but close enough, right?). Even if I was more on Fox Mulder’s side when I choose my specialization (I am a psychologist), I still apply Scully wisdom in my work: trust science first, and if it doesn’t work, trust your guts. For now it kinda works (maybe until I meet aliens). Now that I am a real scientist, I  just need American citizenship to become an FBI agent, but I am working on that too (and my dating history can prove it). So I hope to still be in the race to chase UFOs while wearing an oversized suit with shoulder pads in the near future. You call that madness; I call that dedication.

So the truth is still out there, and I can’t wait for these new episodes to finally reveal it. Why is the FBI reopening the X-Files? Are Scully and Mulder still together? Where is their son? How the hell is the Smoking Man still alive? Is Scully immortal as some theories suggest?

Excited and want to share conspiracy theories with me in the cyberspace? Check out your modem, send me a message on AIM and I’ll tell you on which AOL forum to connect. But enough said here for now. Have you forgotten? Trust no one . . .