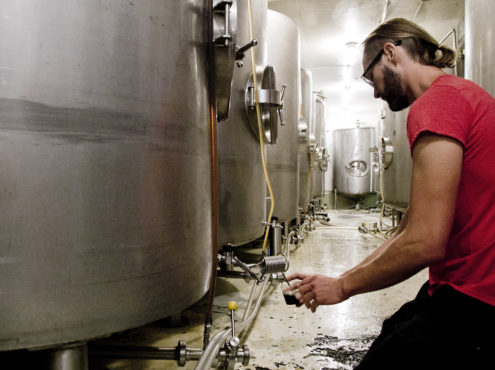 You can hold off on that blue and gold face paint for now, because one local brewery has created a brand new way for fans of sports (and beer) to support the UVic Vikes.

Come Oct. 5, the specially-crafted Vikes Lager will be available in bars and liquor stores around Victoria in a pack of four tall cans, designed with a logo that matches the familiar hues of Vikes Nation. The lager itself is a rich gold color, with a 4.7 per cent alcohol content. A portion of the proceeds will go directly to Vikes Athletics. 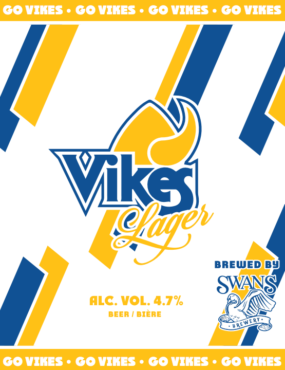 “So far, it’s gone over pretty well,” said Chris Lukie, brewmaster at Swans and the brains behind the Vikes Lager. He started working on it in the late spring, when it came to him to approach the owners of Swans Brewpub and Hotel — UVic — with the idea. The beer has been available on tap at Swans since August when it debuted at an event hosted for Vikes and UBC athletes and alumni.”

“The whole point was [that] I wanted us to support athletics,” said Lukie. “Vikes are either the first or second actual athletic program to have a beer brewed for them.”

In creating the beer, Lukie aimed to make it sporty and accessible through tweaking one of his favorite recipes.

About half of the beers brewed by Swans are original, and Lukie tries to keep a fresh rotation of the brewery’s own beer on tap alongside other brands.

Since they  cannot sell their beer on campus because another brewery has a contract with the university, and there are strict laws about alcohol companies targeting students, alumni are Swans’ primary intended patrons of this drink. 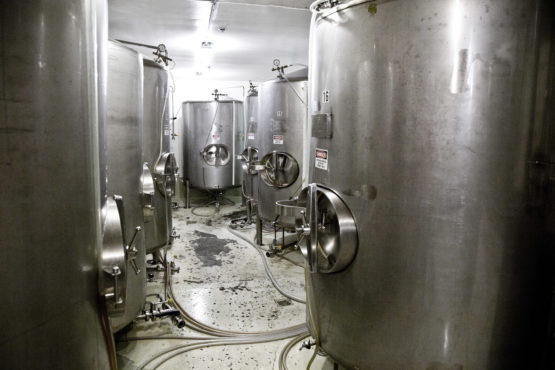 Lukie will package and deliver the beer ahead of its wide release on Oct. 5 to liquor store shelves and bar tops around Victoria.

“We kind of thought this would be a neat way to support the school visibly as [UVic] is the only university that owns a commercial brewery, I believe, in Canada,” Lukie said, of the lager. “[It’s] just basically something for people to hang out and watch a game [with].”