The men behind the pints 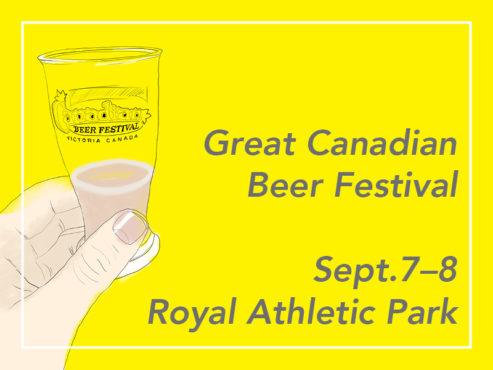 Beer has seen a serious makeover in the past few decades. From what was once mainly the beverage of choice for fraternity parties, it has become something that is recognized as having a terroir and something more than just an inebriant.

You couldn’t find a bar in B.C. that doesn’t carry some brews from a small scale operation, but that hasn’t always been the case.

I sat down with John Rowling and Gerry Hieter, the two founders of B.C.’s first microbrew tasting event and longest running Canadian craft beer festival, The Great Canadian Beer Festival, on the sunny patio of The Drake to look back on how the festival first came together and what it’s been like to witness — and be at the forefront of — a changing cultural appreciation of small batch ale.

This interview has been condensed for clarity.

How would you describe the Great Canadian Beer Festival to someone who’s never been?

G: It’s a beer-tasting event. It’s not an Octoberfest. It’s like a wine festival, with beer!

J: I agree 100 per cent. That’s the main focus, but there’s also an element of the word “festival’ meaning beyond just the beer. Years ago we had the festival on Oct. 29, and because that was a Saturday, everybody was going on to a halloween party. So everybody came dressed in halloween outfits. Even though it’s September, everybody looks like they’re going to a halloween party. A lot of people dress up, far more than any other beer festival that we know. It’s just a tradition that Victorian people have carried on. People come with the idea that they’re going to taste a lot of good beers, and they’re serious tasters, but they’re also going to have a bit of fun.

Do you feel like the GCBF has become adequately influential in changing the Vancouver Island beer market by introducing and fortifying lesser-known brands and breweries?

G: That’s already happened. We’ve been a major influence. Normally I’m hesitant to blow our own horn like that, but there’s really no secret — no question — that we’ve been a major influence on market share and helping new and upcoming breweries to showcase their beers and introduce beer to a new market. That’s not something we’re able to do anymore because it’s already happened, but we feel partly responsible for that.

J: And I think it was a selfish thing. [Gerry] and I would go into a bar and we would say, “What do you got that’s good?” and they’d say, “Well, we got this new beer from Kokanee” or wherever, and we said, “No no no, what have you got that’s really interesting?”

G: That was the main motivator, was so John and I could find better beers in more places in Victoria. Plain and simple, because it wasn’t happening. Back in ‘93, anyway.

J: We wanted people to go to the beer festival, taste interesting beers, and then go to their local pub and say “where’s that so-and-so that we tasted at the beer festival” and then the bar owner would say “maybe I better look into that.” 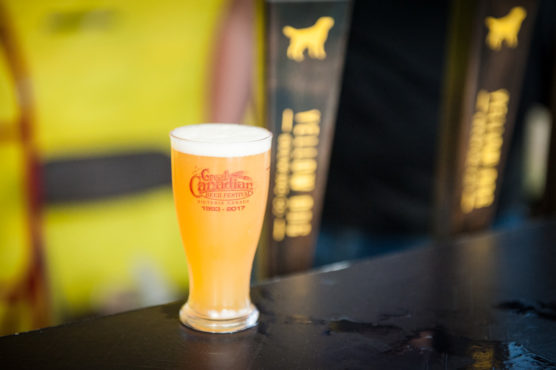 How [has the GCBF] needed to adapt over the years?

J: I think we’ve done a pretty good job actually. I feel extremely proud of what we’ve done and what we’ve offered to the public. As Gerry has said, we’ve had to cut corners, but we still offer a quality product.

Pumpkin beer. Yes or no?

G: No. Although at one point, it was the most popular beer we had.

J: We would order — on average — three kegs of most of the beers. The pumpkin beer from Steamworks we had to order eight kegs of—

J: —and then we would run out! You could hear them walking into the Beer Festival: “Where’s the pumpkin beer?” It was the trendy beer ten years ago, and now it’s not particularly.

G: I’ve had a pumpkin porter that I’ve liked but that’s pretty much the extent of it.

How do you feel about larger breweries buying smaller ones? Do you feel that it’s an economic incentive for smaller breweries to grow faster and come up with more imaginative beers or do you think that it provides a little bit too much competition for brewers that are just starting out?

G: Ah. Okay, that’s a good question. A lot of people open up a small brewery that they hope will become successful, and they hope someday that they will be able to unburden themselves from it and make enough money to retire. It’s very simple. It’s business. Not every small brewer is wrapped up in craft and making stuff by hand and struggling and struggling and struggling. That wears thin after a while, and there always has to be some kind of payback. We’re getting into a phase now where a lot of the more successful craft breweries — people are getting tired, people wanna retire, people don’t (always) have kids that can take over.

J: (40 min mark) We also try not to include breweries that don’t really exist. Contract brewers. When you go on Google maps and look up their address it’s an office building, and they’ve contracted with another brewery to bottle their beers, put labels on their beer, and so on. There’s no culture behind that, and so we don’t include them if we can help it.

G: If all else was equal and there was only 50 breweries in the whole province and 10 contract breweries came forward and they were all great beers, we’d take them. But we don’t have that situation, and we like bricks‒and‒mortar breweries.

J: We like to see a brewery that’s got people that care behind it.

The Great Canadian Beer Festival is back for its 26th year on Sept. 7 and 8, with tickets available on TicketRocket and at the doors of Royal Athletic Stadium.