The predictable backlash to #MeToo

The #MeToo movement is making strides at upping the ante on a societal level when it comes to taking cases of sexual assault more seriously. The process and sentencing of Larry Nassar —  former USA Gymnastics and Michigan State University sports clinic doctor accused by 265 young women and girls of sexual abuse and sentenced to 40 to 175 years in prison — is but one recent example of this.

However, as more accusations of sexual harassment are made public, the conversation is changing. We are starting to talk about men as the principal victims, defending them and their careers, at the same time as we are accusing women of acting helpless and prudish.

This was elegantly described in a New York Times article, in which young women are perceived to be “as frail as Victorian housewives” by society and by themselves.

I’ve come across numerous news articles warning us of the “witch hunt” that #MeToo has become, condemning its uncontrollable “frenzy” and its various “excesses.” While it is critical to deeply consider social issues of this magnitude, it is also important to realize these messages are belittling the crippling impact of sexual harassment and silencing women who have yet to come forward. 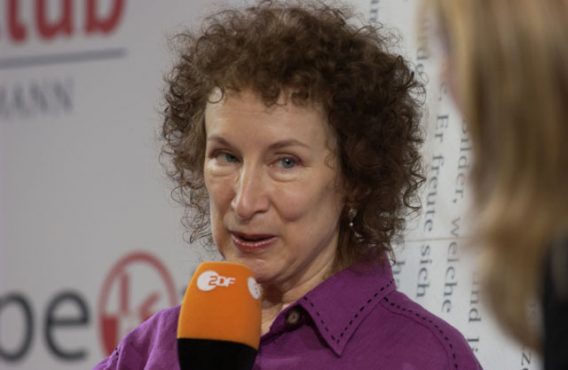 Author Margaret Atwood has warned against turning the #MeToo into a witch hunt.
Photo by Das Blaue Sofa/Club Bertelsmann via Flickr

It appears that a lot of the #MeToo criticism stems from fear that by raising and discussing cases that range from daily uncomfortable encounters to rape, the movement is demonizing decent men for acts that are not criminal and increasingly, making flirting and sex confusing, difficult, and unsexy (for men, primarily).

Serendipitously, I’ve just finished reading Rebecca Solnit’s book Men Explain Things to Me (published in 2014), and it reminded me that these conversations and this backlash is far from novel.

In describing her original essay, Solnit writes: “I began with a ridiculous example of being patronized by a man, [and] I ended with rapes and murders. We tend to treat violence and the abuse of power as though they fit into airtight categories: harassment, intimidation, threat, battery, rape, murder. But I realize now that what I was saying is: it’s a slippery slope. That’s why we need to address that slope, rather than compartmentalizing the varieties of misogyny and dealing with each separately. Doing so has meant fragmenting the picture, seeing the parts, not the whole.”

Cat-calling, unwanted sexual advances, uncomfortable jokes, workplace sexual harassment, unsolicited sexual pictures, sexual assault, and everything in-between is a manifestation of both rape culture and sexual entitlement. All of these acts indicate to women that they are not in full control of their bodies, and are meant to silence women and to make them feel unsafe. And yes, even seemingly innocent acts add up throughout a woman’s life, ensuring that the message — “Male sexual pleasures and fantasies are more important than your right to choose” — becomes internalized.

It is possible that some of the articles accusing women of acting like “frail Victorian housewives” for not saying “no” are tough-lovingly trying to empower women to take control of their bodies. But frankly, it’s looking very much like a perpetuation of victim-blaming.

Instead of these dismissive and status quo opinion pieces, I would really like to witness an engaged conversation about what it means to actively uphold a culture of consent. What if instead of expecting women to be entirely responsible for addressing consent and standing up for their safety we expected men to ask (and respect the answers)?

Asking for consent is sexy. It’s an indication of respect and doesn’t destroy the very foundations upon which flirting is built.

Try to consider that it is easier to say “no” when presented with a clear opportunity to speak up. And if you’re afraid to ask because you’re afraid of the answer — you’re placing your desires above a woman’s right to bodily integrity.