The slow death of the duct tape military

The Canadian Armed Forces have become second hand and second rate. Here’s why you should care. 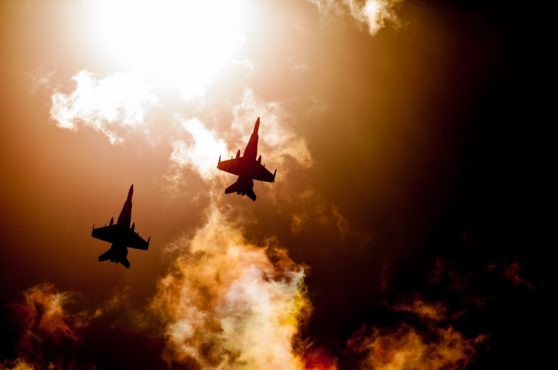 In 1918, Canadian units were some of the British Expeditionary Force’s most effective fighters, with reputations as elite sharpshooters, night raiders, and shock troops.

In 1945, Canada boasted the world’s third largest navy, fourth largest air force, and a six-division army. We fought U-boats in the Atlantic, took back Juno Beach, revolutionized house-to-house combat in Ortona, and liberated Belgium and the Netherlands.

In 2017, a member of elite Special Forces unit Joint Task Force 2 shot and killed an ISIS fighter in Mosul from 3 540 metres, breaking the previous record by nearly a kilometre.

Yet many Canadians only notice the Canadian Armed Forces (CAF) when veterans and cadets appear to distribute poppies.

Why should we care about our military? We haven’t had a world war in a while, after all.

Lack of public interest has taught successive governments that defence is where spending can be cut. And cut they have — even the Conservatives, a political party traditionally known for investing in the military.

On the global stage, our military capabilities have become an international embarrassment.

In 2017, the Liberals promised to increase defence spending by 70 per cent over the next decade, but, like electoral reform at the federal level, this may be a fantasy. While there was increased spending on veterans (though too little and too late), cyber-defence, and Operation IMPACT against ISIS, $8.4 billion dollars was stripped from the procurement budget, meaning the CAF is denied this amount for new equipment.

This spending plan ignores the fundamental issue: the CAF is so under-equipped and under-staffed it can barely function.

Underfunded for decades before the conflict in 2001, the troops that went to Afghanistan were provided for — but at great expense. Not only did we spend at least $18 billion, but we lost over 160 people, with dozens more committing suicide after returning home.The personnel that remained in Canada were denied the necessary funding to support new equipment, new personnel, and veterans’ services.  The Regular Army and Reserve forces are still short thousands of members. Equipment systems and their supporting infrastructure are old and worn out.

As was noted at the time, the cost would not have been so high if Canada had a properly funded military in the first place.

Canada had 434 ships in its possession after WWII,  and our current navy has roughly 40. We have no destroyers or supply ships. Our few submarines cannot manage year-round Arctic navigation, not that we have sufficient northern bases anyways.

One Maclean’s Magazine journalist ranks our navy alongside that of Bangladesh. Another counts the duct tape holding the decrepit fleet together as a major expenditure.

Meanwhile, Sea King helicopters have been used by our air force since 1963. A third of them have crashed, killing or injuring their crew.

And, rather than replacing our 36-year-old CF-18s with new fighter jets, we are buying used F-18s from Australia. When the old CF-18s retire in 2032, they will be half a century old.

Canada is the second largest country in the world, but we have the smallest military per square kilometre.

The Canadian Forces are nearly functionally obsolete, but because they are essentially nonexistent in the national psyche, many Canadians are either ignorant or apathetic regarding the military.

The CAF has three fields of responsibility: national defence, continental defence, and international operations. Presently, our capacity to meet these obligations is crippled.

Canada is the second largest country in the world, but we have the smallest military per square kilometre. We need surveillance capabilities on all three coasts and our huge land mass, which includes the Arctic, where Russia is becoming increasingly assertive. We need satellites, radar, anti-submarine technology, Arctic-capable ships and submarines, reliable transport and heavy-lift aircraft, unmanned air and underwater vehicles, and northern bases that make the Arctic accessible to the Forces. The CAF needs to be capable of responding to foreign incursions and domestic disasters.

As part of the North American Aerospace Defense Command (NORAD), we need to be capable of partnering with the United States for continental defence. Our systems need to be integrated, which means we need to do a far better job of keeping up with the Americans.

On the global stage, our military capabilities have become an international embarrassment. Canadians might have only a vague idea of where our troops are or what they do (other than peacekeeping), but we actually have international commitments we need to fulfill.

The CAF is involved in the U.S. operation combating illegal trafficking in the Caribbean and eastern Pacific, three UN missions in Africa and one in Europe, three NATO operations in Europe, counter-terrorism operations in the Arabian Sea, the international coalition against ISIS, and training missions in Ukraine and Niger — among others.

Trudeau wants to increase Canada’s global involvement, but in terms of what we can realistically offer, we are no longer a useful ally.

We can’t even meet a NATO pledge to spend two per cent of our GDP on defence. Currently, we spend less than 1.3 per cent.

As citizens of a wealthy, modern, developed nation, we should be demanding a modern military. Instead, we have spent decades ignoring our dwindling defence capabilities, viewing our Armed Forces personnel solely as peacekeepers, and relying on the U.S. for protection.

But the time has long since passed for hiding behind the U.S. Canada should have the military capacity to back up Trudeau’s bid for a greater role on the world stage.

I have far too much pride to accept my country being a client state of a nation run by a decomposing yam with a twitter account.

The world can no longer trust Washington. By electing an isolationist (not to mention irrational, sexist, and xenophobic) president, Americans have proved that they are turning away from world leadership. Canada needs to keep its own course. As Foreign Affairs Minister Chrystia Freeland pointed out, continuing to rely on the U.S. makes Canada a client state.

Personally, I have far too much pride to accept my country being a client state of a nation run by a decomposing yam with a twitter account.

I am not advocating that Canada become a military superpower and start throwing its weight around the globe. Military action should always be a last resort, but the value of having a big stick when speaking softly fails cannot be overemphasized. We live in an era of global instability. Rational discussion does not always succeed.

We might like to see ourselves as a polite, peaceful, weed-loving people, but we need to stop pretending that acting like hobbits is acceptable for a modern nation.

No one wants long-term conflict but being this unprepared amounts to criminal neglect.

In 1938, British Prime Minister Neville Chamberlain believed he had secured “peace in our time” after negotiations with Hitler. Keeping the peace is not always effective. Appeasement was perceived as weakness by Nazi Germany, resulting in a war which killed 60 million people.

In 2001, Afghanistan was a low-risk, two-year engagement. The last Canadian soldiers returned home 12 years later. Canada was unprepared for a long conflict, and this caused lasting damage to our military that could have been mitigated with the necessary funding to maintain quality equipment, personnel, and veterans’ services.

We need to respect that our soldiers walk (or drive, or parachute) into hell so that we never have to.

We first took up arms against ISIS in 2014, and Canada’s commitment has already been extended four times.  True, Canadian involvement is limited, but we are still involved.

The reality is that wars happen, and that we need to be able to fight for the causes that we believe in. We also need the military capacity to survive the conflicts that we do not expect.

Canada has to decide if maintaining the Armed Forces is worthwhile. We could retreat from global involvement and join Iceland, the Cook Islands, Vanuatu, and 33 other nations that do not have a standing army and rely completely on allies for national defence, keeping a small number of soldiers for assisting with domestic disasters like forest fires. Or, we could properly fund our military and make the Forces an entity that we can be proud of, with the capacity to carry out peacekeeping, disaster relief, and combat efforts worldwide.

If Canadians want our nation to be a major player on the world stage, then we need to have the ability to back it up.

We need to remember our history. We need to honour the lives lost.

We need to respect that our soldiers walk (or drive, or parachute) into hell so that we never have to, both in combat and peacekeeping contexts. And we need to demand that they have the resources they need to do their jobs.