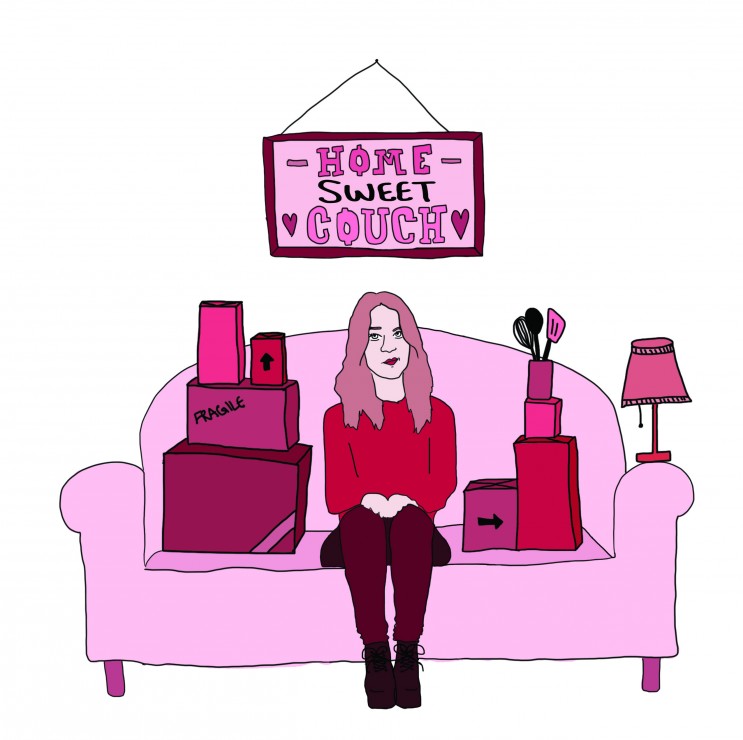 Victoria has a very obvious housing problem. It’s expensive to live here and the odds of finding a place are not in your favour. When and if you do find a place, you’ll most likely end up paying more than you wanted. In this market, cynicism is key.

Earlier last week, CTV reported that Victoria is the third most expensive city to rent in Canada, behind only Toronto and Calgary, and statistics released in August showed that Victoria’s rental vacancy rate fell below one per cent. On top of high rental prices and a low vacancy rate, many landlords don’t want to rent to students or those who are moving from out of town. Landlords know there are professionals with steady incomes who can be at their office signing a lease in less than two hours, so they rent to those people instead.

All of those factors lead to my, and dozens of other students’, current housing situation: sleeping on people’s couches and living room floors.

Being homeless has kind of been a running joke for me. A tasteless one of course, but it made older people laugh, and they are my main source of validation. Whenever people scoffed at me for studying creative writing, they’d follow up with the classic “What are you going to do with your degree?” I’d reply by saying that I’d hang it on my wall and hopefully not end up homeless. Obviously there was some karmic retribution at work because I don’t have a degree yet, and I also don’t have a house. My roommate and I started looking for places in June. Neither of us were living on the island; she in Whitehorse and I in the East Kootenays. We called and emailed so many places that it probably verged on harassment. We were told by every place — if they even responded, that is — that they wouldn’t even consider renting to us unless they met us in person. Travel expenses to Victoria would have been over $1 000 for the both of us, and that didn’t include money lost from taking time off work. It wasn’t a very financially viable option.

It’s not that we were being divas and only emailed the best places in the best locations. But we also didn’t want to be spending over $800 a month each to live in a dark basement in middle-of-nowhere Gordon Head where the buses don’t go. We were trying to be financially realistic. Yes, the majority of landlords do need their tenant’s rent to pay their mortgages, but there comes a point where it seems petty and a little like taking advantage of people’s situations.

And it’s not like I’m an exceptional case. Every September, thousands of students try to find somewhere to live, which adds stress to an already extremely competitive market; many of them aren’t successful. I’ve heard of people dropping out of school and deferring to next semester or next fall due to lack of housing, and there’s nowhere near enough housing on campus to provide for even a third of the student body.

But while couch surfing isn’t ideal, my situation isn’t the worst. I have a car that makes going from place to place a lot easier, and it’s like a nice closet on wheels. And since I don’t have any housework or a TV/couch situation to be tempted by, I’ve been a lot more productive with my homework. It’s forced me to leave the house and get out and enjoy the city. I have friends who let me sleep on their floor, feed me beer and chocolate cake, give me their Wi-Fi passwords, and make me coffee, even though they’re far from obligated to do so.

While I use the word ‘homeless’ to describe my situation, I understand that I’m not actually homeless. Victoria has a homelessness issue caused by complex situations that are deep-rooted in our society. It’s much bigger than me, some privileged white girl, not having a house for a month. I’m more so feeling temporarily misplaced, saving money on not paying rent, and being mildly inconvenient to the people I’m staying with.

Thankfully, my roommate and I found a place and as of Oct. 1 will be homeless-no-more. But this experience has taught me a lot: the most important being how gracious and giving my friends are.