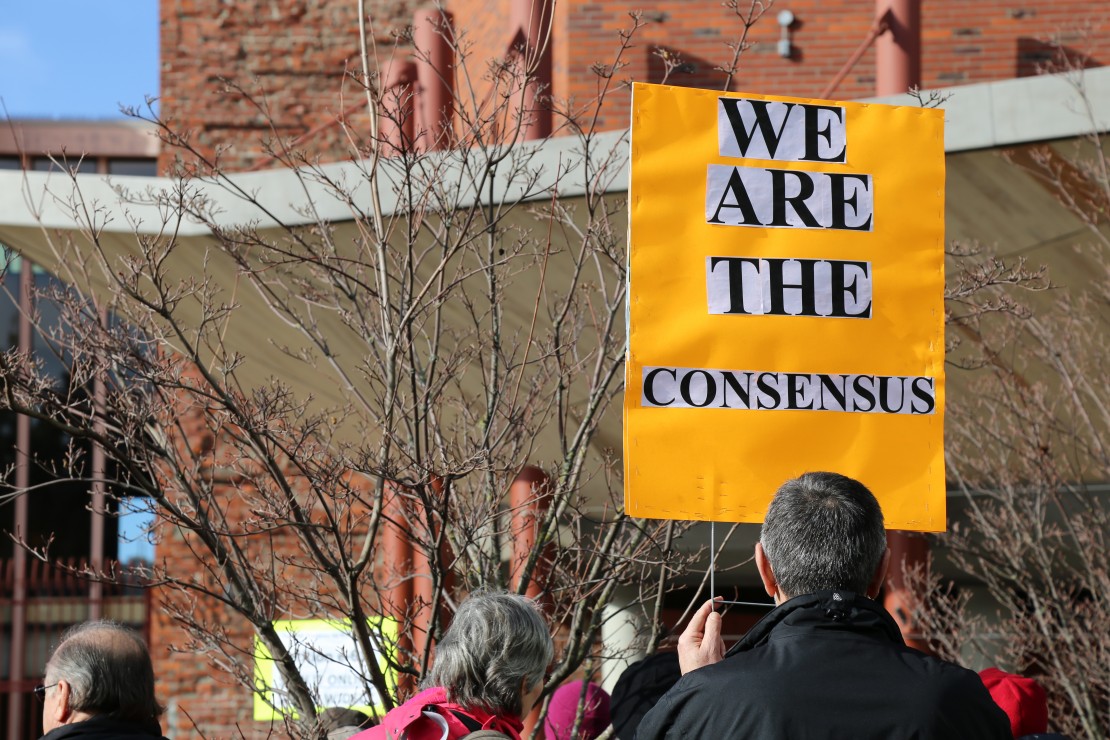 Many Canadians believe Prime Minister Justin Trudeau’s back-pedalling on electoral reform is disappointing, considering how prominent a part of his campaign it made up. Photo by Belle White, Photo Editor

“It would be easier to do nothing and sit back and just say, ‘Okay, you know what, this worked for us, I think we can make this current system work for a few more mandates,” said newly elected Prime Minister Justin Trudeau, in regards to electoral reform, on December 17, 2015. “But that’s not the kind of leadership that Canadians expected.”

Fast forward to not much more than a year later, and Canada’s promising prime minister has disappointed Canadians of all political stripes with an announcement that after 18 months of deliberations by a parliamentary committee, changing the electoral system will not be part of their mandate.

Trudeau has defended his choice with three key points: that there was a lack of consensus amongst political parties as to which method might be pursued, and that there was a lack of consensus and ‘broad support’ amongst voters; proportional representation (PR), one of the methods for electoral reform put on the table for consideration, means that more extremist parties could be given greater attention and recognition; and that holding a referendum (something which did not necessarily need to happen, but that was being pushed by the Conservative party) could set the precedent for future referenda, particularly regarding Quebec sovereignty.

These arguments are simplistic, baseless, and insulting. For one, it should be noted that Canada has a parliamentary system, and if that parliament is held by a majority government, then it has an incredible amount of power. The Liberal party did not need the support of other parties to push forward electoral reform, because it holds a majority government. Moreover, the lack of consensus amongst political parties could have been resolved with concessions from all sides, at least from the NDP and the Liberal Party, as they both support(ed) electoral reform in some form.

This argument, however, is not nearly as insulting as the second part of Trudeau’s first point: A lack of consensus and ‘broad support’ amongst voters. According to Trudeau, the parliamentary committee charged with electoral reform “reached out” to Canadians and engaged with 360 000 individuals on mydemocracy.ca, a misleading questionnaire. But those numbers pale in comparison to the almost seven million individuals that voted Liberal in the 2015 federal election — broad support for a mandate if there ever was one.

And what about the almost 3.5 million individuals that voted NDP, another party that made electoral reform a priority in their platform? While electoral reform was not the sole issue on voters’ minds, it is not fair to assume that these campaign promises did not affect voters’ choices.

The fear of extremist views rising to prominence through proportional representation is a legitimate argument, but there are still methods for counteracting this possibility. For example, Germany requires a five per cent voter support threshold in order for a political party to win a seat in an election. There are advantages and disadvantages to all voting systems, and this is a disadvantage of PR. But is such a disadvantage grounds for writing off the entire campaign promise? Not to mention that Kellie Leitch, one of the extremist voices Trudeau specifically cited as reason to drop electoral reform, has already creeped her way into parliament under our current first-past-the-post system.

Lastly, Trudeau’s concerns in setting precedents for future referenda, especially for a referendum on Quebec sovereignty, seem poorly founded considering Quebec has already held two referendums on the subject in the past.

Essentially, Trudeau’s arguments are valid to a point, but they are in no way strong enough to justify backing down on one of his most prominent and discussed campaign promises. The supposed outreach of the parliamentary committee is minor, and the 360 000 people who participated in the flawed mydemocracy.ca is not much more than the 118 830 individuals who at time of writing have signed the petition written in support for electoral reform.

While a system of PR could potentially facilitate the growth of extremist political movements, it is important to be critical of where this extremism might stem from in the first place.

In Europe, the rise of the far-right in national and regional parliaments has grown out of the refugee crisis, terrorism, and the financial collapse. But it has also come from a rejection of bureaucracy, from a questioning of the democracy of European institutions, and from cynicism towards politicians and the ‘elite.’

In response to Trudeau’s announcement, Green Party leader and MP for Saanich-Gulf Islands Elizabeth May said Trudeau’s betrayal was likely to stir cynicism in the hearts of Canadian voters.

This cynicism will only worsen as the next election comes along and voters choose not to vote as they feel their voices go unheard, or they vote strategically, and not for what they truly want. With electoral reform, many of these problems could have gone away, and whether there was ‘broad consensus’ or not, it was in the best interests of Canadians at large.

In 1982, Prime Minister Pierre Trudeau patriated the Canadian Constitution and introduced the Charter of Rights and Freedoms. Due to a lack of consensus from Quebec, this action was greatly controversial. But it was also a defining moment in Canadian history, as Canada further asserted its independence and the rights and freedoms of its citizenship. While Justin Trudeau’s now abandoned electoral reform would surely have been controversial, in the long run, it would similarly have been a watershed moment in the furthering of Canadian democracy.