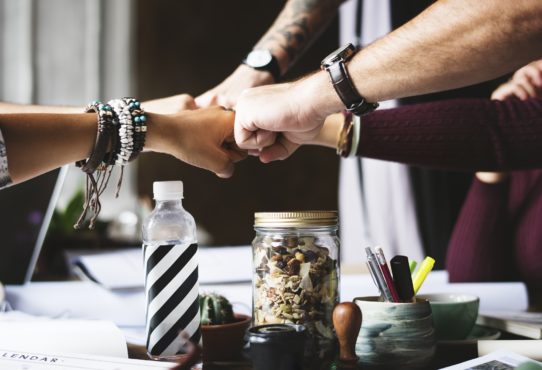 Image by rawpixel via Pixabay.

If you follow any BuzzFeed employees on Twitter, your feed was likely flooded with Tweets about people being laid off around the end of January. The company let go of 15 per cent of its American staff. They even did away with an entire section — the national news desk.

BuzzFeed’s decision to lay off a huge number of their workforce seemed sudden and the communication from those in charge was lacking. Employees found out about the proposed cuts and rumours quickly spread. Employees who had worked at the company for almost a decade felt safe until they saw their coworkers being picked off.

In a memo to staff, CEO Jonah Peretti explained that the cuts would help the company grow without needing to seek further outside funding.

Journalists, editors, video producers and more waited in suspense to see if they’d join the growing ranks of now former American BuzzFeed employees. As people were unceremoniously told they had lost their jobs, they sent out Tweets letting the media world know they were looking for new work, listing the projects they’d been a part of at BuzzFeed. Even some employees who had made frequent appearances in BuzzFeed’s most popular YouTube videos were among those laid off.

To make matters worse, it was initially reported that only employees from California would be paid their collected paid time off (PTO), because labour laws in California require employers to distribute unused PTO to laid-off employees.

Following a petition letter signed by almost 600 staff members, BuzzFeed management did eventually backtrack and agree to pay all employees their PTO, regardless of state, but not without making a myriad of excuses as to why they hadn’t automatically done so.

In response to the unfair treatment, the American BuzzFeed News’ (BFN) remaining employees voted in favour of unionizing. On February 12, 2019, they announced their decision to join the NewsGuild of New York, a facet of the Communications Workers of America (CWA). Other groups within BuzzFeed did not unionize, but the BFN pledged their support to their coworkers in a statement.

Journalists love their jobs, have families, mortgages, student loans, and bills to pay, and are trying to make a living in an extremely labour intensive and not very lucrative business.

BuzzFeed Canada released a statement on the same day, saying that they’d also be unionizing. While the Canadian staff weren’t part of the layoffs, they mobilized in solidarity. Most joined the Canadian Media Guild, a local of CWA Canada.

In their statement, BuzzFeed Canada wrote that the motion to unionize isn’t a threat to BuzzFeed itself, but rather a step towards a sustainable relationship between employers and employees. The staff benefit the company — it’s their job to do so — and they want to make sure that their benefits are secured in return.

These are tumultuous times for journalism. Journalists are persona non grata in many places around the world, including the White House, apparently. That might not seem like a big deal, but it’s easy to forget that journalists are people — just like nurses, teachers, and dock workers. Journalists love their jobs, have families, mortgages, student loans, and bills to pay, and are trying to make a living in an extremely labour intensive and not very lucrative business.

The statements from both countries’ unions were honest and real. Their intentions were clear and they appealed to the humanity of whoever was reading.

“Unionizing is right for BuzzFeed News,” wrote BFN. “Everything we are demanding is already in line with BuzzFeed’s values.”

Unions are important; they set a standard for wages, working conditions, and job security. They also ensure that workers are not alone in negotiations. The work that the journalists at BuzzFeed do is important and, as the American union put it, the value of their labour isn’t less just because all their work goes online.

The BuzzFeed News Union website states that their aim is “to protect each other, reach a collective bargaining agreement, and make [the] company stronger.” They vow to fight for a stronger union while staying nimble.

“Get you a union who can do both.”