UVic’s engineering program is a recipe for burnout 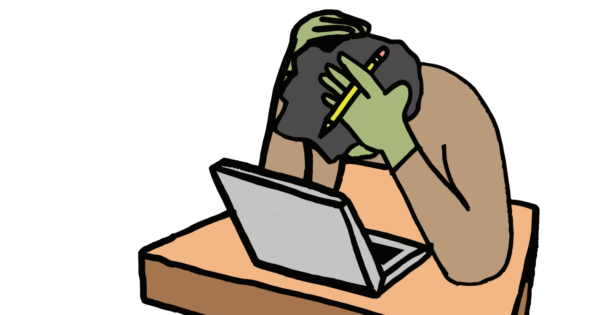 If you are reading this, there’s a good chance you have someone in your life who suffers from what I like to call “engineering studentitis.” Those who suffer from this condition have selective super-hearing that only functions when someone nearby is talking about their workload. They also seem to suffer from a compulsion to approach whoever is speaking and loudly say something along the lines of, “Well I have five lab reports and eight midterms to do next week, so you really can’t complain”.

My boyfriend has been coping with this condition for years. The first symptoms were subtle and easy to miss — “Wow, I wish I had time to eat and shower like you do” — but they gradually became more severe. Now, I have to whisper about my short, easy papers to avoid exacerbating the condition.

However hopeless this sounds, there is a potential treatment: fixing UVic’s engineering program. Redesign it so students don’t need to take six classes per semester to finish their undergraduate degree on time; run classes year-round for the large percentage of students who can’t get co-ops; heck, maybe even throw in some space for electives. Who wouldn’t go a little nuts if they had 40 hours of homework a week on top of their classes?

In my program, I don’t have to choose between failing my classes or doing ten hours of homework each night.

In comparison to my boyfriend’s school life, mine is a dream come true. I could rattle on for hours about the perks of being a lowly English major. I’ll be missing a few days of school because of a problem with my landlord? I can tell my profs and they’ll give me legal advice and a virtual hug (not a real one, please don’t fire anyone). I say something during class discussion that is a little off the mark? My profs will nod encouragingly and move on without embarrassing me. My courses never feel like they’re designed to make me fail, and my instructors work with me to try and get the best grade I can (apart from the astronomy course I took last semester, but we’re not going to talk about that).

Yes, being an engineer is a demanding job, but that doesn’t mean that the preparation for it should cause burnout in 17-year-olds with no other responsibilities. I experience school-related stress too, but it’s not 24/7/365. In my program, I don’t have to choose between failing my classes or doing ten hours of homework each night. If you suggest to an engineering major that they ask their TA for an extension on an assignment, they’ll look at you like you just told them to delete the entire thing, replace it with a picture of a tiramisu, and submit it via paper airplane.

Obviously, some of the programs offered by UVic are going to be harder than others. But none of them need a rehaul more than engineering.

Anyways, the next time you are trapped in a “who has it worse” competition with an engineering major, remember that it won’t drag on for long ー they’ve got far too much homework to do.