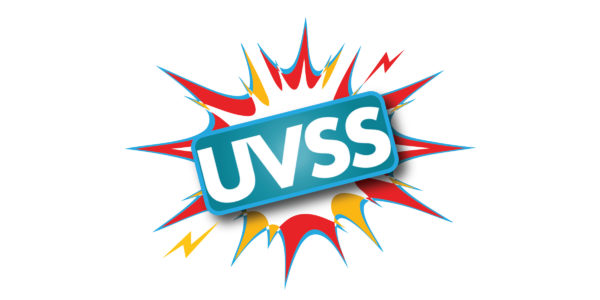 On Friday, March 8, the UVSS Electoral Office released the unofficial results of the 2019 UVSS elections. However, these were quickly taken down as initial results showed one Director-at-Large from the Engage UVic slate, Gabrielle Parent, elected as the 11th DaL, and DaL candidate Olivia Reid-Friesen from the Hear UVic slate as missing from the list.

Only Engage UVic put forward a Director of International Student Relations candidate, Efe Türker. The person who was going to run for Hear UVic chose not to run at the last minute.

There was just one independent candidate, Isha Dhillon, running for the position of Director-at-Large.

For the position of Director of Outreach and University Relations, Jonathan Granirer beat out Isabella Lee (the only incumbent — serving on the UVSS Board currently as Director of Student Affairs). Granirer received 1 472 votes while Lee received 1 006 votes.

For the position of Director of Events, Shay lynn Sampson beat out Amrit Basi with 1 441 votes to her 993 votes.

In a message to the Martlet, Juliet Watts, now-incoming Director of Campaigns and Community Relations, said that the entire Hear slate was grateful for the support they received from UVic students.

“We are so excited to represent the students of UVic this coming year and implement the changes we have promised, including lobbying for the removal of taxes on textbooks, reforming counseling on campus, and lobbying for the university to remove its investments in fossil fuels,” said Watts.

“We are most excited to meet with students and discuss ideas they have for improving our campus,” she continued. “We can’t wait to get to work!”

There were four referenda questions students could vote on this year.

The first question asked students if they were in favour of increasing the fee that goes towards the Campus Community Garden. The referendum question passed with 62.6 per cent of voters in favour.

The second question asked students if they were in favour of establishing a fee that would fund a new UVSS position called Student Advocate. This referendum question did not pass with 51.7 per cent of voters opposed. The unofficial election results state that Jordan Gilson, the referendum’s official proponent, was disqualified because she was late with filing the election expense allowance form by the time polls closed.

The third question asked students if they were in favour of establishing a fee that would go towards the Peer Support Centre in the SUB. The referendum question passed, with 62.3 per cent of voters in favour.

No answers on VIPIRG yet

The fourth question, which has also been one of the most hotly contested issues in this year’s elections, was regarding the Vancouver Island Public Interest Research Group (VIPIRG). The question asked students if they were in favour of ending the fee that goes toward VIPIRG — $3.00 for full-time undergraduate students and $1.50 for part-time undergraduate students. The Electoral Office have stated that the results of this referendum will be released on Monday with a report from the Chief Electoral Officer (CEO).

According to Gary Nason, CEO for the 2019 UVSS elections, UVSS elections policy states that it is up to the CEO to decide when unofficial results can be released — pending the outcome of complaints and appeals. In the case of the VIPIRG referendum, said Nason, the reasoning behind the delayed release of these specific results will be made apparent on Monday.

“The Electoral Office will be transparent with the unofficial results of this referendum, as per the Friday results provided by the Office of the University Secretary, which will accompany my report,” he said.

For referenda, however, voter turnout was down compared to last spring. This year, 16.56 per cent of students cast their vote. Last year, turnout for referenda questions was 18.2 per cent.

Comment from a representative from the Engage UVic slate or from independent candidate Isha Dhillon was not received in time for publication.

The results of the 2019 UVSS elections are unofficial, and will only become official when all complaints and appeals have been completed. So far, the UVSS Electoral Office has ruled on nine complaints, one of which was appealed and ruled on by the Elections Adjudicator.

Confused by terminology in this article? Read our UVSS briefer here and here, or take a look at our commonly-used definitions below.

This story is developing and will be updated as more information is made available.

This article was updated on March 11 at 1:29 p.m. to explain why the proponent for the Student Advocate position referendum Jordan Gilson was disqualified.